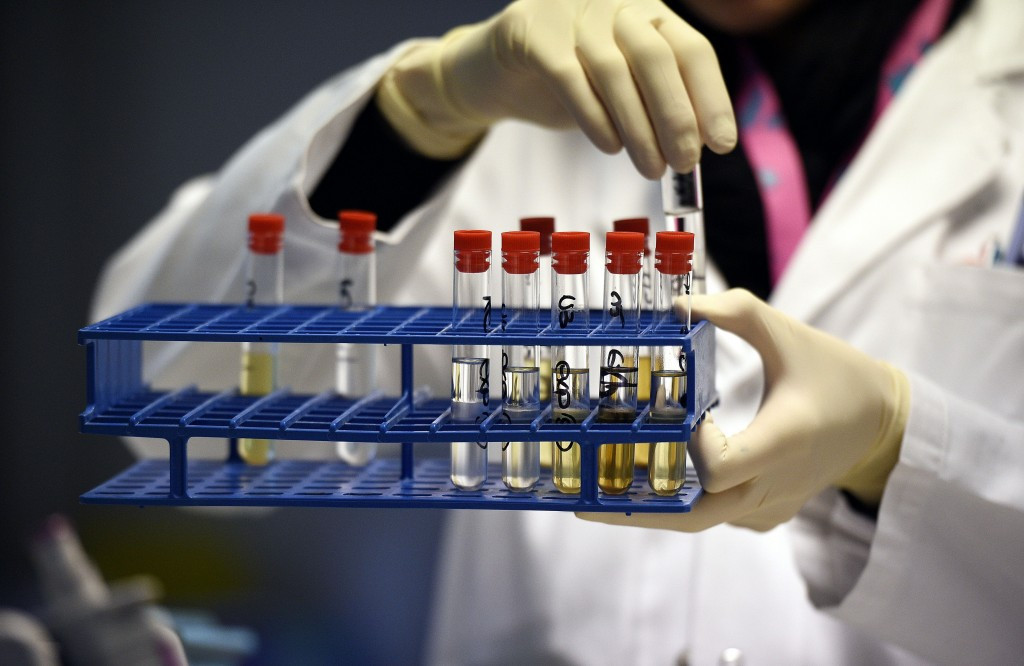 RUSADA has been granted permission to "plan and coordinate" testing, providing it is carried out under the supervision of WADA-appointed international experts and UK Anti-Doping (UKAD).

The decision of the independent Compliance Review Committee (CRC) raises the possibility of RUSADA regaining compliance at the WADA Foundation Board meeting in Seoul in November.

"While there is still more to be done, WADA recognises this milestone as a key component of the roadmap towards compliance," said WADA President Sir Craig Reedie.

"After much work by the Agency and its partners, resumption of testing represents an important step forward in rebuilding anti-doping in Russia.

"We strongly encourage Russia to continue their efforts in the interest of clean athletes worldwide.”

Today's announcement comes after WADA confirmed their CRC were "satisfied" RUSADA had fulfilled the requirements for recompliance.

That particular criteria was met when Yelena Isinbayeva, who had been an outspoken critic of the McLaren Report, stepped down as chairperson of RUSADA on May 31.

The double Olympic pole vault champion and world record holder was replaced in the interim by Ernst and Young partner Alexander Ivlev, whose appointment was officially confirmed today.

In an update presented to the WADA Foundation Board in May, deputy secretary general Rob Koehler confirmed these criteria had been accepted by RUSADA, while another of the regulations regarding access to Athlete Biological Passport (ABP) samples had already been put in place.

RUSADA has also now opened up the "closed cities" to doping control officers, another regulation set out by WADA.

"At this juncture, WADA would also like to acknowledge the efforts of all involved in working alongside the Agency to rebuild a credible anti-doping system in Russia,” WADA director general OIivier Niggli added.

“We would particularly like to recognise UKAD, which has ensured that targeted and intelligence-led testing be carried out on athletes inside and outside of the country during RUSADA’s period of non-compliance.

“UKAD’s work in Russia is an excellent example of how an established and world-renowned National Anti-Doping Organisation (NADO) can help mentor another NADO in need of support.”

Koehler's report at the Foundation Board meeting in Montréal gave the RUSADA hope and they have now overcome a key hurdle in their efforts to be declared compliant after implementing WADA's demands.

Today's announcement may still be greeted with scepticism, however, as concerns over their progress had been raised earlier this year.

The findings in the document, which sent shockwaves through the sporting world when it was published, led to calls for Russia to be banned entirely from next year's Olympic Games in Pyeongchang.

Sir Craig told insidethegames that neither he nor WADA were being "soft" on Russia by opening the door for RUSADA's reinstatement.

The decision from WADA came on the same day Ivlev was confirmed as chairman of RUSADA during a closed-door meeting in Moscow.

According to Russian news agency TASS, Vladimir Chekhonin, a member of the Russian Academy of Medical Sciences, was elected deputy chairman.

"We [the ROC] as co-founders welcome the election of Ivlev, he is a good candidate," Zhukov told TASS.

"He is a very responsible person with vast experience."