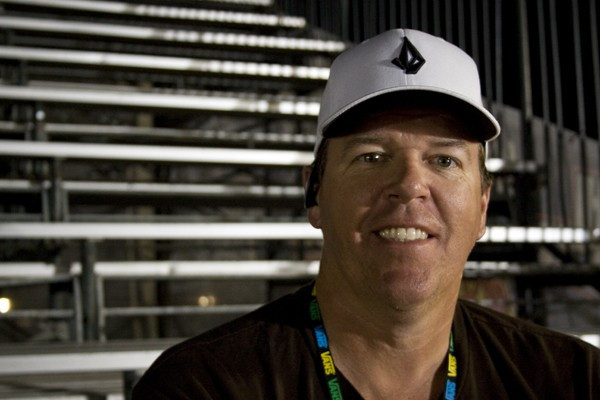 Skateboarding faces a damaging split if a proposed merger with the International Roller Sports Federation (FIRS) goes ahead before the sport makes its debut on the Olympic programme at Tokyo 2020, it has been claimed.

Tim McFerran, President of the World Skateboarding Federation (WSF), a rival of the ISF run by Gary Ream, claimed the future of the sport is being compromised for the sake of the Olympic Games.

Skateboarding was one of five sports last year added to Tokyo 2020, along with baseball and softball, karate, sport climbing and surfing.

"Skateboarding has been duped and skateboarders are not happy," McFerran told insidethegames.

"Skateboarding in the Olympics was about bringing people together but what has occurred is more divisive than ever.

"As both the leading sport organiser in skateboarding and a President of World Skateboarding Federation, I have real concerns about this whole process getting to this point."

McFerran added: "In the research I conducted before putting on my first huge TV contest, I was listening to a lot of skateboarders and it was evident that the collective consensus from skateboarders was that skateboarding needed to separate itself from other sports like BMX, surfing, motocross and other action sports.

"Skateboarding has the largest participation in action sports and, probably the only thing I agreed with Gary Ream on, was that skateboarding needed to stand alone and not be overshadowed by smaller sports with less participants.

"Skateboarders have been outspoken about not being connected to rollerblading or cycling."

Stakeboarding had previously been linked with the International Cycling Union in a bid to further its Olympic ambitions.

"There has been a lot of talk about outsiders profiting and people in ivory towers making decisions for skateboarders and, in my opinion, the worst possible scenario has happened," McFerran told insidethegames.

"No one has actually listened to skateboarders in this whole process.

"I have known Sabatino Aracu, the FIRS President, for years and I told him in our very first meeting was that FIRS needed to undergo an overhaul as everything about their organisation from their logo to their website was old and outdated.

"Thus, I applaud president Aracu for listening and adjusting accordingly.

"But can they do enough to properly represent skateboarding?"

It is claimed the merger between FIRS and ISF will help to provide a more modern platform for the management of all skate disciplines.

The two governing bodies claim the decision - which has to be officially at the FIRS Congress in September - will also allow autonomy for the governance, development and management of skateboarding through a commission chaired by Ream.

"I have attended meetings and presentations where Gary Ream and a small group of followers made statements that 'skateboarding stands alone' and Gary has purportedly told people that it would be over his dead body that skateboarding would ever join rollerblading," said McFerran.

"This news has got to be devastating to all of those people who believed in what they were being told, only to later find out that they supported ISF and skateboarding joining rollerblading. If this isn’t a complete sell out I don’t know what is."

The WSF filed a lawsuit against the ISF in California last July.

Among several allegations, the WSF claim they have been sidelined by the ISF and International Olympic Committee, despite investing money and resources into preparations.

Ream and other ISF officals are also accused of having never operated or managed a skateboarding contest and are unqualified to organise an Olympic competition.

The case is currently ongoing.

"WSF will continue to support skateboarding no matter where it happens," McFerran said.

"We will continue to support all disciplines within skateboarding and make sure that each one has a voice.

"The Olympics happen once every four years- WSF will be active every year.

"We will be patient and be around to help pick up the pieces."