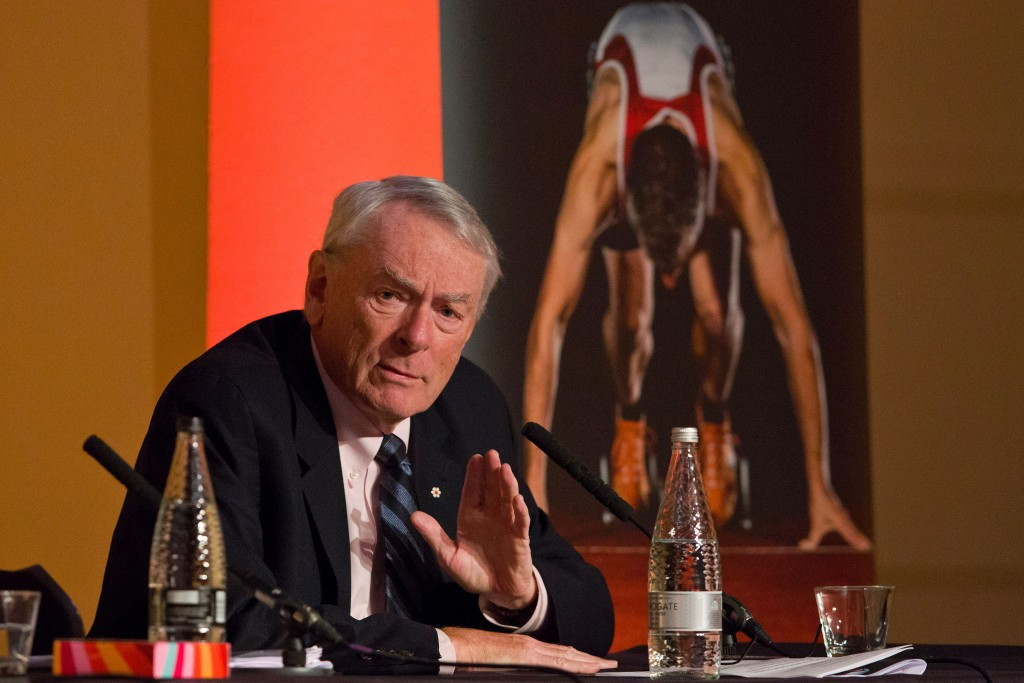 Richard Pound has criticised International Olympic Committee (IOC) President Thomas Bach for the way he is continuing to respond to doping problems involving Russia and has expressed concerns over the aims of investigations currently underway.

The Canadian does believe, though, that the IOC will find enough evidence to prosecute individual Russian athletes implicated in doping at the 2014 Winter Olympic and Paralympic Games in Sochi.

Bach revealed last week he hopes the IOC will be able to take actions regarding Russia by the start of the winter sporting season in October.

The German also dismissed those who have criticised the way he has dealt with the situation on the grounds they are part of a "momentary political upheaval" and are attempting to "personally discredit" him.

"This approach is pretty much the attitude he has had all along.

"He could have had his collective responsibility-individual justice mantra resolved by letting Russian athletes who could prove they were clean compete in Rio [2016], but behind the Olympic flag, not the Russian flag.

"But he took the wrong fork in the road, and refused to do this.

“It is not a consistent standard which is being applied now.

Kuwait remain suspended from the IOC after the Gulf country was barred for Government interference in October 2015.

South Africa were banned from every Olympic Games between Rome 1960 and Barcelona 1992 due to the country's racist Apartheid policy.

Bach, though, prioritised "individual justice" over "collective responsibility" and resisted attempts to introduce any sort of blanket suspension on Russian participation at Rio 2016 similar to the restrictions subsequently imposed by the International Paralympic Committee.

An IOC panel instead ratified decisions on Russian eligibility made by individual International Federations.

All final decisions will be based on the findings of the two investigations.

The Oswald Commission is looking into "allegations" of sample manipulation while also analysing all samples given by Russian athletes at London 2012.

The Schmid Commission is addressing the "institutional conspiracy across summer and winter sports athletes who participated with Russian officials within the Ministry of Sport and its infrastructure".

Pound was particularly scathing about the latter probe.

"I don’t think Schmid will able to find out exactly who is to blame," he told insidethegames.

"It is insane to think he will be able to go to Russia and to identify that ‘Captain Oleg from the FSB is guilty but that Corporal Dmitry is not’."

"The IOC seems to be doing everything possible to avoid pointing the finger at Russia.

"The IOC Executive Board are also taking all the decisions with no input from its members, but it is these members, from Canada and elsewhere around the world, who have to explain to their people how and why decisions are being made."

Pound did not join IOC colleague Adam Pengilly, from Britain, in voting against a show of support in the IOC Executive Board's response to Russian doping during August's IOC Session on the eve of Rio 2016.

He told insidethegames today how there was little point in a symbolic gesture as "the train had already left the station".

"I had already worked hard to ensure the members were promised that they would have a say in debating and reaching the final decisions, and think I did well there," he added.

"But, by the time we got to Rio, the decisions had already been made so I felt there was little to be gained by symbolically opposing it."

The veteran official did express confidence that the Commission chaired by Switzerland's Denis Oswald - one of Bach's rivals for the IOC Presidency in 2013 - will be able to prosecute individual Russian athletes.

IOC director general Christophe De Kepper wrote an open letter in February claiming WADA had admitted that "in many cases the evidence provided may not be sufficient to bring successful cases".

Much of the evidence surrounding Sochi 2014 concerns the illegal swapping of urine samples with clean, but fake ones.

This raises questions over how to prove athletes were aware of what was going on.

"I don’t have much concern about the Oswald Commission," Pound said.

"I have every confidence that he will build cases based on the available evidence and then, presumably, take them to the Court of Arbitration for Sport (CAS).

"The athletes’ likely defence will be that they had ‘no idea’ this was going on and are consequently not culpable.

"The fact of the matter is that they took clean urine samples to the laboratories, which were frozen and saved for later use as substitute samples.

"Even in the limited mandate of the investigation into Russia [a WADA-commissioned one on doping in athletics in 2015] that I chaired, we identified this conduct.

"I don’t think they can say they weren’t culpable and I am confident that CAS would come to the same conclusion."