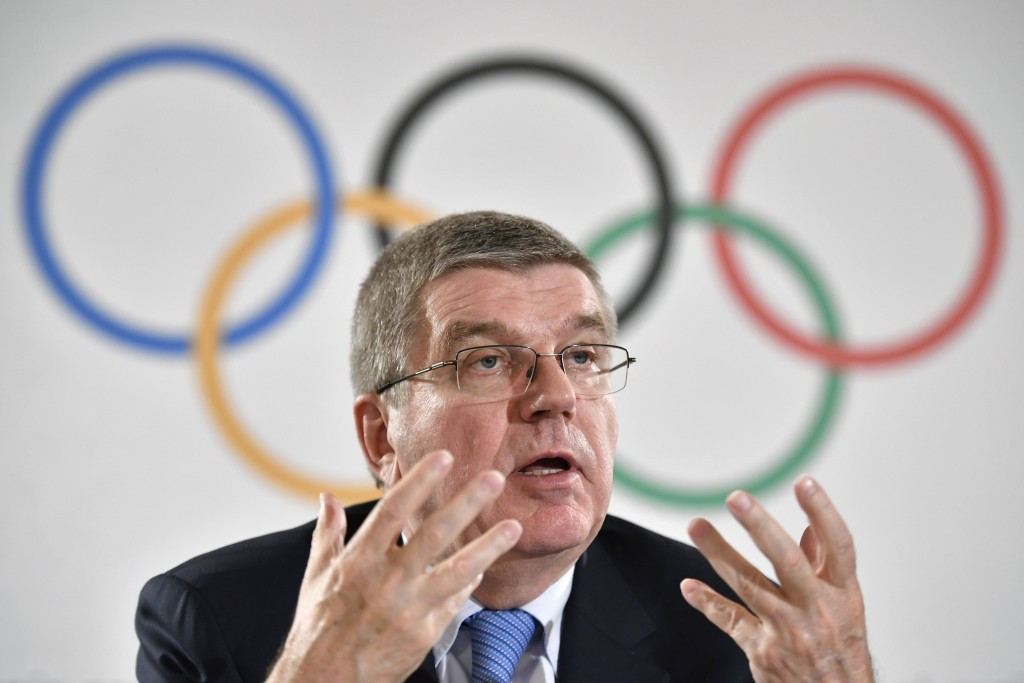 Thomas Bach has dismissed criticism against his performance as International Olympic Committee (IOC) President as an attempt to "personally discredit" him while outlining a targeted timetable for sanctioning Russian doping.

The Oswald Commission is looking into "allegations" of sample manipulation while also analysing all samples given by Russian athletes at London 2012.

Bach hopes that both Commissions will have delivered a verdict before the Pyeongchang 2018 Winter Olympics in February.

"Our sanctions depend on the results of these Commissions," Bach told the Westdeutsche Allgemeine Zeitung newspaper during a visit to the World Table Tennis Championships here.

"I hope so [that they will be implemented before Pyeongchang].

"I would prefer it to happen before the start of the winter season so that the qualifications for the Games are clear."

Bach is keen to avoid a repeat of the fractious build-up to August's Summer Olympic Games in Rio de Janeiro, when the publication of the McLaren Report less than three weeks before the Opening Ceremony caused a race against time to define eligibility.

It led to a public fallout between World Anti-Doping Agency (WADA) and IOC officials during meetings in the Brazilian city.

With the winter season starting in October, it is likely that Bach may be hopeful of a decision being reached by the IOC Session in Lima from September 13 to 17.

There have been repeated delays with the result of both investigations, which had originally been hoping to reach conclusions earlier this year.

This is partly due to the ambitious aim of fulfilling Samuel Schmid's objective to prove who was directly responsible for masterminding Russia's alleged regime within the country's Government.

Much of the evidence surrounding Sochi concerns the illegal swapping of urine samples with clean but fake ones.

It is also proving difficult to compile cases against individual athletes, because it is unclear to what extent they were personally culpable.

WADA officials have told insidethegames, though, that they believe there are certainly several cases strong enough to prosecute.

Bach and the IOC's reluctance to sanction Russian participation in Rio on the grounds that "individual justice" must be prioritised over "collective responsibility" prompted criticism.

It also contrasted with the blanket suspension imposed by the International Paralympic Committee (IPC) on Russian participation at the subsequent Paralympic Games.

It seems unlikely that there will be any blanket ban imposed by the IOC in Pyeongchang.

Bach has once again claimed to be prioritising "justice" rather than "political decision-making".

"It is very easy to be loud at such points and operate symbolic politics," he added to Westdeutsche Allgemeine Zeitung

"But I am not a follower of this, it is also about the question of long-term consideration.

"I am not only responsible for the moment, but for many years.

"In particular, the athletes, as well as the associations and Governments, must be able to rest assured that we remain faithful to our principles and do not give in to a momentary political upheaval.

"The issue of doping is about justice and not about political decision-making."

He also dismissed criticism as an attempt to personally attack him.

Figures who have criticised Bach in Germany include London 2012 Olympic discus champion Robert Harting, who described his fellow countryman as "part of the doping system".

One complaint frequently made about Bach is that he is too close to Russian President Vladimir Putin, who was among the first people to ring and congratulate him when he was elected to the IOC post in Buenos Aires in 2013.

Bach denies this is the case and insists he also receives praise for his responses.

"I get this discussion in Germany, of course, and it is simply a pity that because of the one-sidedness of some so much of the other work we do [is given] no consideration at all," he said.

"But in other countries it is quite different, and that makes it viable.

"This [criticism] is also run by people in my homeland as an attempt at personal discredit.

"On the other hand, I also experience it in Germany that people kindly approach me.

"I have not yet experienced a single one who told me, 'what have you done there?'

"I think the minds are soothing, we can already see that the discussion has become more objective."