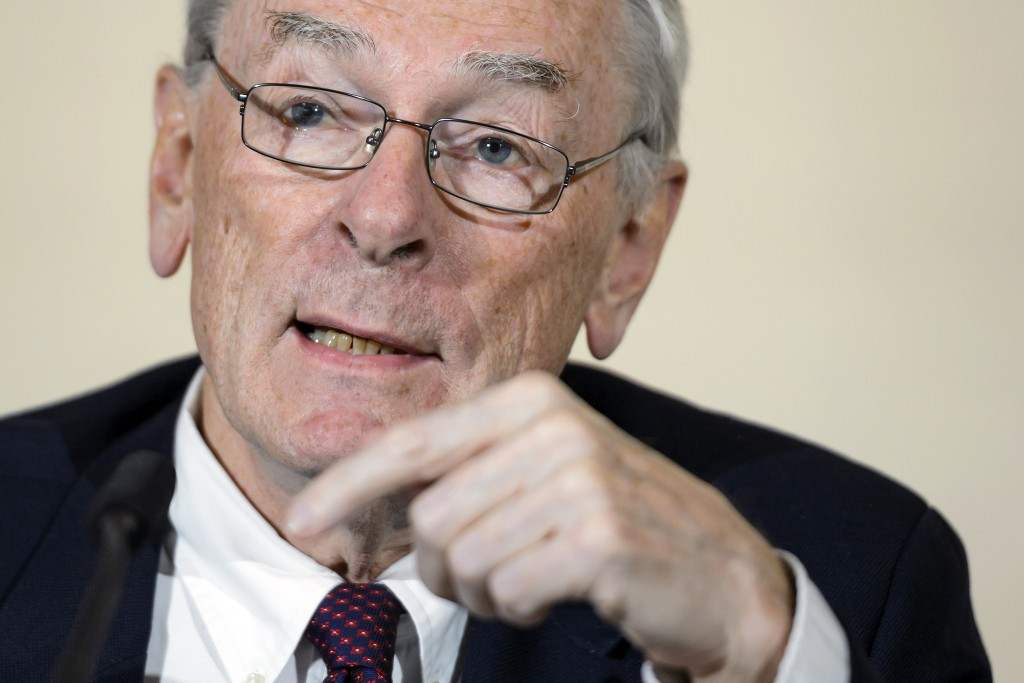 Richard Pound has claimed the recommendations made by the Olympic Summit were "long on generality and short on specifics", before adding it is the World Anti-Doping Agency’s (WADA) role to see which of the proposals are feasible to accomplish.

Pound, the senior International Olympic Committee (IOC) member and founding President of WADA, had told insidethegames prior to the Summit that he had "little faith" in the value of recommendations which would be made because of a lack of "diversity" among attendees.

The Canadian believes the main positive from the Summit is the acknowledgement that WADA has to be the organisation which has the responsibility for the global anti-doping effort.

However, he said that more detail is required regarding the recommendations put forward in the Summit's declaration.

Among these was a call for a new anti-doping testing authority to be set up within the framework of WADA.

It was claimed this would lead to a "clear segregation of duties between the regulatory and the testing bodies".

"I think the good news on that [the testing body] is they are not trying to go around WADA and recognise that WADA is the organisation that has to have that responsibility," Pound told insidethegames.

"But WADA has never primarily been a testing organisation, it may have done maybe three or four thousand tests at the most per year of the several hundred thousand that are done.

"I do not know whether the thought on that is that all other tests should cease, which I do not think is a good idea.

"I think it would be important to make sure they have good test distribution plans, so the athletes at the highest level of risk are adequately tested.

"This business about sport being able to take all the money and absolve itself of all responsibility is not good chemistry as far as I am concerned.

"If I was a sponsor or broadcaster, I would say 'we are paying you on the promise of your representation that the sport we are sponsoring or broadcasting meets all the integrity tests that you have promised'.

"[I'd say] 'we want you to deliver on that promise, we do not just want to give you the money and have you wash your hands of the responsibility for the ethical conduct of the sport you govern.'”

Central to the declaration was a claim that the Olympic Movement would be ready to contribute increased financing for WADA, maintaining their 50/50 funding of the organisation along with national Governments.

The WADA agency currently operates on a budget of around $30 million (£23 million/€27 million) and Pound believes there is currently "no flesh" on the recommendations, which would detail the costs.

"In the sense that, for example, if WADA sets up a testing organisation, first off, who is going to fund it?," he said.

"It is going to cost an awful lot more money.

"It is like the proposal that all sanctions should be done by the Court of Arbitration for Sport (CAS) - that will put a huge burden on CAS.

"Who is going to pay for that?

"The job of WADA in Glasgow next month will be to begin to evaluate which of these make sense, which are feasible and are infeasible, and what we would need to ask from our stakeholders in order to accomplish the objectives."

The declaration also stated that WADA will be given a "stronger authority" over National Anti-Doping Organisations (NADOs), with claims this would make the system more independent from national interests.

This would include supervision of national anti-doping programmes by WADA.

National test distribution plans would be made and would be in compliance with international standards, while it has been claimed cross-border testing would be made more effective.

"Gradually the stakeholders have come to realise that they did not give WADA enough power originally - for example, they would not let us handle our own investigations until 2015," said Pound, who chaired WADA’s first independent investigation into Russian doping allegations last year.

"As far as the NADOs are concerned, I think one of the things we should be doing is looking at their test distribution plans and their testing process.

"Are they getting everything possible for their buck, not just as in the initial stages of WADA where they did self-assessments?

"Now I think you can expect WADA to say ‘unless you can satisfy us that your testing plan is effective, you are not compliant’.

"That would be a very interesting change."

The declaration did not make it clear whether CAS or WADA would have control over declaring if countries are non-compliant with the WADA Code.

He stated that we "do not want the prosecutor being the judge".

Pound believes discussion is needed around the issue, and has suggested after the second part of Richard McLaren’s report is published, but indicated Governments need to help ensure other countries are compliant.

"There is an international convention, under UNESCO, that the Governments have signed and it is clear that they have some responsibility to make sure the signatories to the convention are complaint with it," he said.

"What have you done about Russia?

"The Governments are there - they make up 50 per cent of our stakeholders.

"We had a world conference back in 2003 when the Code was adopted and they undertook to make sure that the Government side would apply to the same rules as the sport authorities.

"They did that by the way of the convention and Russia, a signatory to that convention, has been in pretty clear breach of it so what do they propose to do?"

WADA indicated in the build-up to the Summit that they would consider the recommendations of the declaration at their next Foundation Board meeting on November 20 in Glasgow.