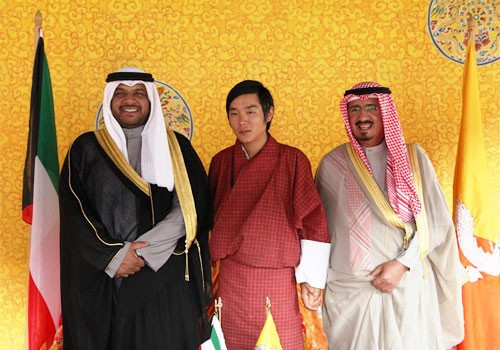 The delegation from Kuwait were in Bhutan for six days and the meeting took place at the Changlingmethang National Stadium in the capital Thimphu.

The discussions between the two influential sporting figures were based on drawing up initatives to help youth sport continue to develop in both countries.

The high-profile delegation also met with Bhutan’s Prime Minister Lyonchhen Tshering Tobgay and the Minister of Education Lyonpo Mingbo Drukpa, where other areas of mutual interest were explored.

A key theme of the talks was to further the relationship between the youth of the two countries, who have held diplomatic relations since 1983.

Kuwait and Bhutan are both appearing to try to come up with innovative ways to aid the development of youth sport in an attempt to increase their chances of future success at Olympic level.

The visit in Thimpu came before the BOC received a grant from the Indian Government to develop the sporting infrastructure across the Asian nation.

The grant marks a substantial platform for which the BOC can build their sporting facilities and they are now inviting bids from local contractors.

They are looking to construct as many as three multi-sport halls, located in the town of Phuntsholing and the districts of Punakha and Samdrup Jongkhar, and interested contractors have until May 25 to submit their bid.

India's grant to Bhutan comes after a new Sports Hall was opened in Trashigang in December, with the building costing an estimated BTN24 million (£243,000/$380,000/€309,000), funded largely by the Royal Government of Bhutan.