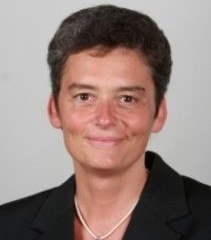 Judit Farago, the suspended chief executive of the International Table Tennis Federation (ITTF), is stepping up her legal action against the world governing body for what she believes is a "violation of her employment rights".

She has claimed that repeated requests for more details about why she was suspended have been ignored by ITTF President Thomas Weikert and the body's ruling Executive Committee.

Farago has also accused Weikert of "harassment and intimidation".

Resolving the situation is expected to be a key priority for the German following his election to continue as President yesterday, when he beat Belgium's Jean-Michel Saive 118 votes to 90.

The situation is expected to be discussed at an ITTF Board of Directors meeting tomorrow and then at an Executive Committee meeting on Monday (June 5), when a final decision is expected be made on her future.

It is the first time in the history of the ITTF, founded in 1926, that a staff member has been suspended.

Farago has circulated an explanation and a copy of the questions she sent to Weikert to the entire ITTF membership.

"Today, the communications between the lawyers representing me and those representing the ITTF Executive Committee has ended," the Hungarian wrote in the letter, dated May 25 and seen by insidethegames.

"Unfortunately, none of our requests have been answered.

"Therefore it is my lawful right to update you on the status of my suspension (leave with pay) from April 8 to June 5."

Farago's team claim they have submitted a "detailed request for clarification" to the ITTF Executive Committee, as well as four further correspondence to their legal counsel.

Their only response, the letter claims, was a "request to start verbal negotiation for a settlement, between lawyers only, but without any prior conditions".

The letter added: "Without knowing the motivations for the 'leave-with-pay suspension', and without receiving any answers to our questions, it is impossible to negotiate a settlement in good faith.

"In particular we never received the response to how the suspension was made by the Executive Committee, nor as to why I was not given a chance to address the EC, not to exercise my right to a hearing.

"My lawyers have informed the legal counsel of the ITTF Executive Committee that we are disappointed with the lack of pertinent response, and we have no other choice but to take the next legal steps to protect my rights according to labour and employment laws.

"We have repeatedly informed the legal counsel of the ITTF that in our opinion the suspension was a violation of my rights and we consider it 'non-existent' as long as we do not receive the formal decision.

"We have also stated that we would welcome a settlement offer in writing together with the response to our questions."

Farago also referred to a separate "grievance" submitted to the Executive Committee against Weikert when she claimed to have been barred from attending a meeting in Dubai on March 11.

She referred to this, as well as a January 24 incident in which she alleged she was interrogated without prior notice by Weikert in the presence of a German lawyer, as "harassment and intimidation".

One of her 15 unanswered questions submitted since her suspension called for proof that this "grievance" was "received, addressed and discussed" by the Executive Committee.

insidethegames was told today that no responses have been received to any of these questions.

A reason for Farago's suspension has not been given.

It is thought to relate to a breakdown in relations with Weikert, as well as her alleged links with his predecessor Adham Sharara, now a critic of the ITTF President.

Farago, a former table tennis player, was elected as the ITTF's first ever female executive vice-president in 2003.

She switched from being an elected official to a professional staff position when appointed director of its new competition department in 2008.

Farago was appointed chief executive in 2011.

Her chances of ever returning to the ITTF appear to have been reduced by the re-election of the Weikert alongside a new Executive Committee filled with his allies.

Weikert was promoted from vice-president to President in 2014 after replacing Sharara mid-term.

The ITTF are obliged to provide an update on Farago's suspension in tomorrow's Board of Directors meeting.

A request for an update was tabled by the Hungarian Table Tennis Federation at yesterday's Annual General Meeting.

It was agreed, however, that an answer would instead be given in the later meeting.

Weikert asked for "patience" before revealing more information about the process.

"A decision was taken to suspend Judit Farago in April," he said following his election.

"The Executive Committee will meet on Monday and, of course, we will talk about this.

"At the moment, it is a current case with a lot of legal impacts.

"I request a little bit of patience."

There was no further comment today from the ITTF.

insidethegames also received no response today from Farago or her lawyers Gergely and Partner Law Firm.