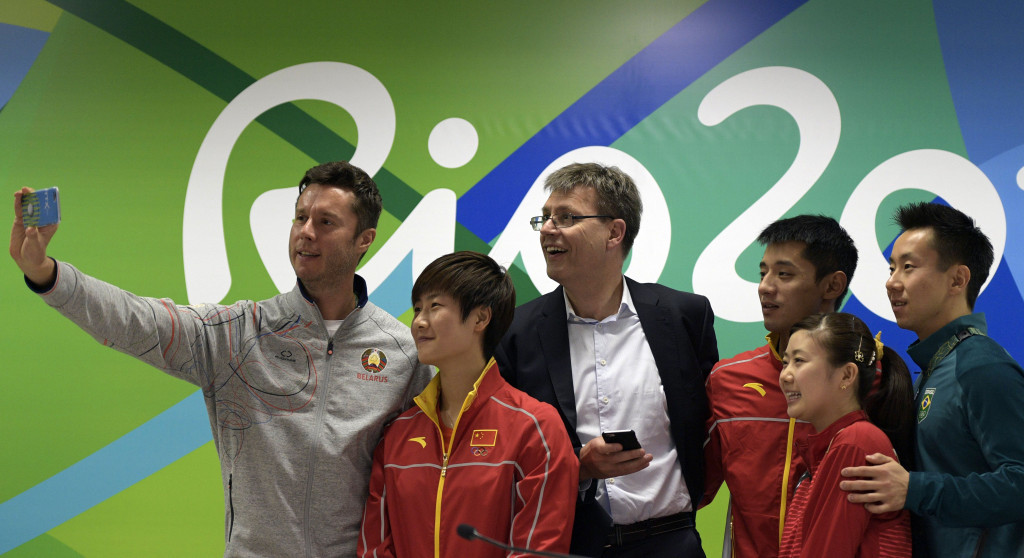 German Thomas Weikert is urging delegates to prioritise "stability" by voting to retain him as President of the International Table Tennis Federation (ITTF) here later this week.

Challenger Jean-Michel Saive of Belgium, meanwhile, is hoping to channel the spirit of French President Emmanuel Macron by being elected despite his lack of relative experience.

Representatives from 222 ITTF Member Federations are due to make their choice between the two Europeans during an Annual General Meeting (AGM) taking place here on Wednesday (May 31).

The ITTF have revealed to insidethegames that most of the meeting, including the election, will be closed to the media and all non-delegates.

This goes against principles of transparency included in the International Olympic Committee's Agenda 2020 reform process.

The world governing body's Executive Committee have disputed a decision made by the organisation's chair Adham Sharara to appoint Geneva-based legal counsel Gianni Fera to preside over the elections.

Sharara, widely believed to be a supporter of Saive, is responsible for chairing the AGM but has excused himself from the electoral part.

An ITTF spokesperson told insidethegames that the ruling Board had decided that it was not Sharara's decision to make but that they will not formally oppose it.

A growing division between Weikert and Sharara is threatening to overshadow the election here.

Weikert has criticised Sharara for supposedly campaigning against him, despite the ITTF chairman being required to be neutral.

Sharara has denied doing anything wrong but has admitted that his relationship with the German has deteriorated.

"This support for Saive simply does not go according to ethics and good governance rules," Weikert told German newspaper Rheinische Post today.

"A person who has two neutral positions cannot hit one side.

"I talked to him [Sharara] at least twice [about this], in addition, written messages were exchanged.

"I do not think [this will affect the election].

"Not so many voters will be affected.

"I think I have a good majority behind me.

"It is more about the fact that such an influence is not possible."

When asked if he sees himself as a clear frontrunner, Weikert added: "Not as clear favourite, but the majority of the Associations would like stability and recognise my achievements.

"This should lead to a positive result for me."

Weikert, who has employed the services of the London-based strategic communications consultancy Vero, announced that he had received the formal backing of 17 of the 222 voting countries last week.

Saive, though, claimed to have received "endorsements and support" from the Africa Table Tennis Federation Executive Committee, as well as the "large majority" of the Latin American continent.

He also claimed to have received backing from at least five of the 14 candidates standing for the role of ITTF vice-president.

"I am confident of my chances," the former world number one told the Brussels-based Belga news agency.

"I already have the support of Africa, Oceania and Latin America.

"It will be a very close vote, because I take on the incumbent President."

Saive's lack of experience in an ITTF administrative position is billed as the 47-year-old's biggest weakness.

But he pointed out how his playing experience should be an advantage in serving fellow players.

He also highlighted that he has served in other sporting leadership roles, including as chair of the European Olympic Committees' Athletes' Commission.

Saive also drew a parallel with 39-year-old Macron, elected as President of France earlier this month.

"I've played 32 years at the highest level and have experienced everything, success and disappointment," Saive said.

"My opponent [Weikert] was not a top player - that's a huge difference.

"We have seen recently that someone like Emmanuel Macron without any experience is elected President of France.

"I have my sporting experience.

"Moreover, I have already received a lot of positive feedback about my programme."