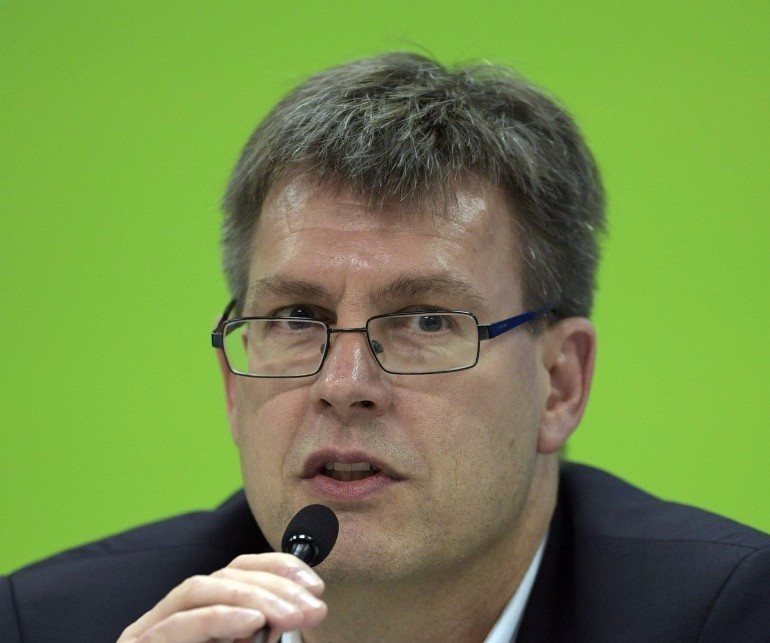 Weikert is being challenged by Belgium’s Jean-Michel Saive for the Presidency, with the election due to be held at the ITTF Annual General Meeting on May 31.

The German has now been publicly backed by 17 National Federations (NFs), as well as two Continental Federation organisations.

“I am very humbled that so many Federations from every part of the world have publicly expressed their support for my candidacy,” said Weikert.

“I love table tennis and if I am granted the great honour of leading the ITTF and our wonderful sport for another term, I will work tirelessly to ensure it continues to grow and prosper across the globe.

“The backing I have received gives me great confidence and I am very optimistic about the future of table tennis because we have great leaders in our sport who I have worked with positively for many years.

“If elected President, I pledge to work in the spirit of partnership, collaboration and full transparency to ensure the success we have achieved together continues.”

“It is time to make the much needed step forward in continuing to become a modern, professionally led organisation based on undisputed financial integrity and transparency, open communication and democratic decision making procedures,” said Ronald Kramer, ETTU President.

“In an era when the international community is closely watching the major sport federations and their standards of transparency and good governance ITTF needs befitting leadership.

“Thomas Weikert with his international experience and management qualities holds all necessary characteristics for successfully fulfilling the position of ITTF President.”

Weikert has also claimed to have had more NFs privately inform him of their intention to back his campaign.

He recently received the endorsement of Khalil Al-Mohannadi, President of the Qatar Table Tennis Association and ITTF vice-president.

Al-Mohannadi offered his support after withdrawing as a candidate for ITTF President.

The campaign to be elected as ITTF President has not been without controversy.

Weikert is accusing Canadian chairman Adham Sharara of improper interference in the election by "actively promoting" the campaign of Saive.

Weikert, who Sharara maneuvered into a first vice-president position in order to replace him, served three years as head of the organisation, but is now seeking formal election to the position for the first time.

Sharara is responsible for chairing the AGM in Dusseldorf in May 31.