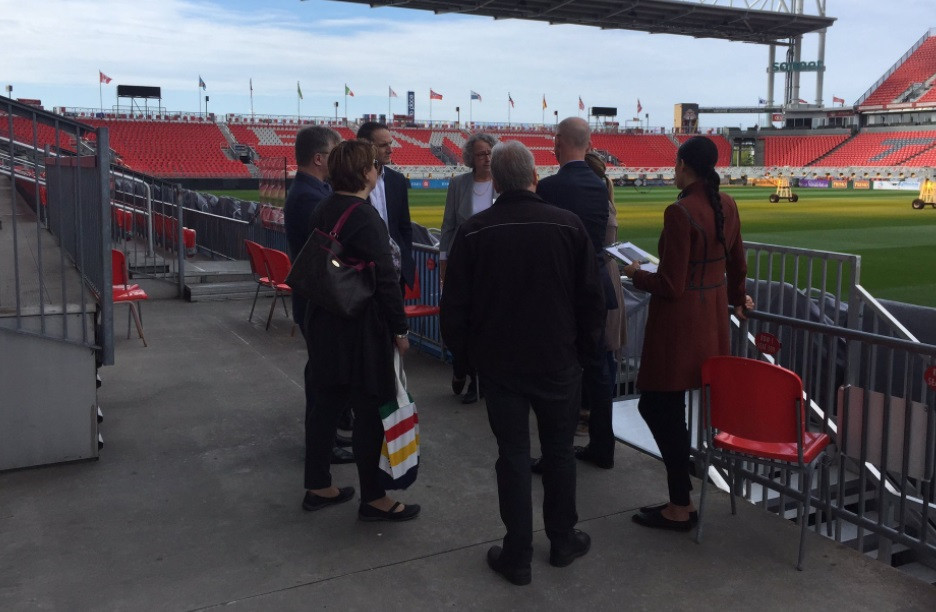 Commonwealth Games Federation (CGF) officials have toured potential venues in Toronto in order to assess the city's prospects of being named host of the 2022 event.

The tour marks the first step in a "collaborative process" to select a replacement location following initial choice Durban being stripped of hosting rights earlier this year.

CGF chief executive David Grevemberg was among those present for a rigorous on-the-ground feasibility assessment and dialogue regarding hosting capacity and capability, resourcing and legacy ambitions".

The Canadian city's potential bid is due to be considered by the City Council's Economic Development Committee before a final decision is made.

If it does get the green light, the city would seek to take advantage of many of the venues used for the 2015 Pan American Games.

The Enercare Centre in Exhibition Place, which hosted six sports, as well as the Main Press Centre at Toronto 2015, was among the venues visited.

insidethegames has asked the CGF for a full timetable of when other potential host cities will receive a similar inspection, but has not yet received a response.

Durban lost the rights due to a lack of financial guarantees.