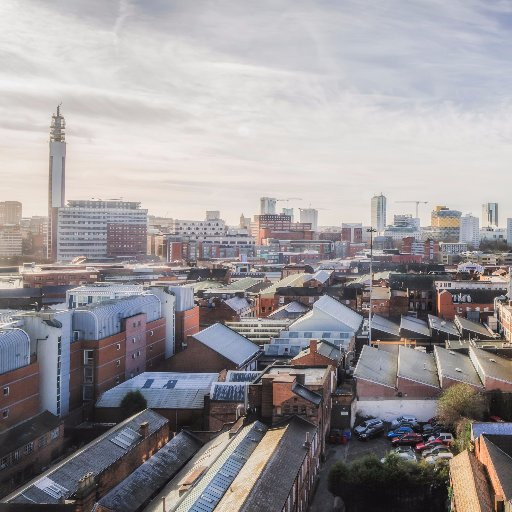 Birmingham's bid for the 2022 Commonwealth Games has been given the formal backing of the West Midlands Combined Authority (WMCA).

The support from the WMCA, established in 2016 and which is chaired by Conservative Bob Sleigh, came on the day the city officially notified the UK Government of their intention enter the race to host the event.

Andy Street said Birmingham's bid was his priority after he was elected as Mayor of the West Midlands last Saturday (May 6).

The Mayor, the former managing director of retailer John Lewis, was joined by Ian Ward, Deputy Leader of Birmingham City Council and head of the Birmingham Commonwealth Games Bid Company.

The WCMA is a coalition of 18 local authorities and four Local Enterprise Partnerships working together to move powers from Whitehall to the West Midlands.

The WMCA Board gave their effort a ringing endorsement today as they prepare to go up against campaigns from Liverpool and Manchester, who may join together to form a "Northern Powerhouse" bid.

It is believed Commonwealth Games England discussed which bid to back at its Board meeting on Tuesday (May 9) but did not make a final decision.

Australia, Canada and Malaysia are other countries who have expressed an interest in stepping in to replace Durban as hosts of the event.

The South African city was stripped of the 2022 Games in March due to a lack of financial guarantees.

"For this bid to be successful, it’s important the entire region gets behind it and that’s exactly what we’ve done today," said Street.

"I can’t think of a more fitting showcase for our resurgent region in 2022 than to host one of the world’s biggest sporting events.

"It was important we were quick out of the blocks on this bid and I would like to congratulate the bid team for the work they have put into getting this ready for submission."

insidethegames had exclusively revealed earlier this week that a new Commonwealth Games Delivery Unit set up by the British Government is to hold key talks with the English cities interested in staging the 2022 event.

An insidethegames.biz poll held last month found that London is the most popular choice out of the cities interested in bidding for the 2022 Games.

London, which last staged the event in 1934 when it was called the British Empire Games, won with 33.33 per cent of the votes cast.

"It’s a competition, it’s a bid, but we’ve got brilliant facilities, we’ve got a great economic case - we’ve just got to put that case forward," Street told the Birmingham Mail.

"We’ve entered the race and now we’ve got to win it."

A panel of international experts and Commonwealth Games Federation staff are expected to investigate the bids put forward by the countries before making a recommendation to the Executive Board.