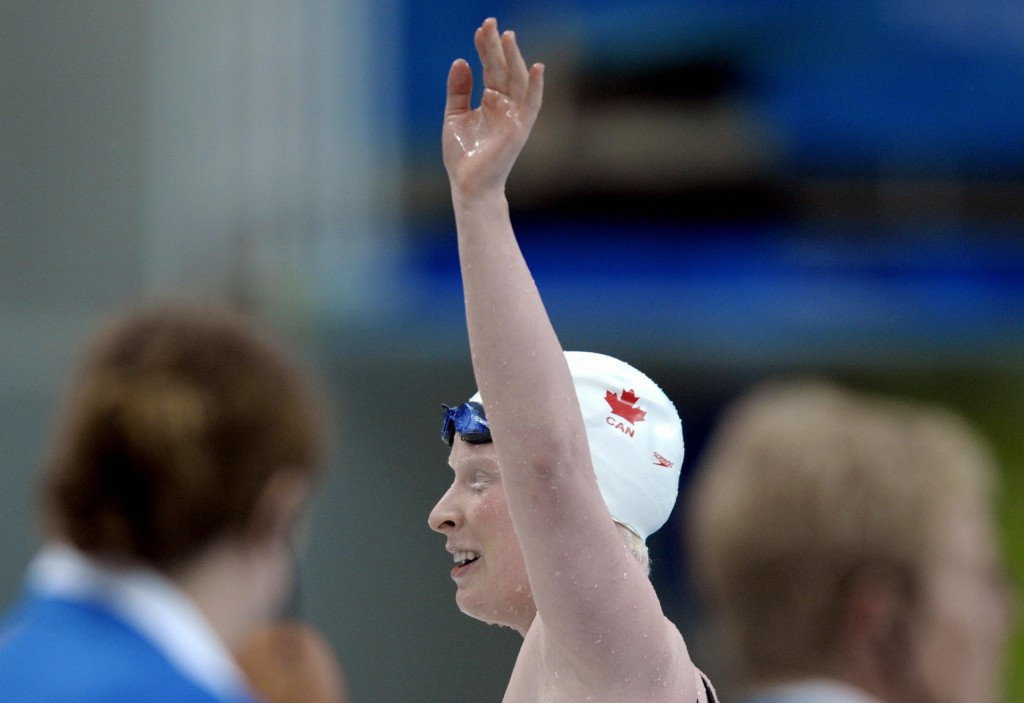 Chelsey Gotell, chair of the International Paralympic Council (IPC) Athletes’ Council, has backed the continued suspension of the Russian Paralympic Committee (RPC) and called on the organisation to take swift action as they risk missing Pyeongchang 2018.

The three-time Paralympic champion was present for the IPC Governing Board meeting in Barcelona, where they received an update from a Taskforce established by the organisation to over the RPC’s reinstatement process.

It was confirmed yesterday during a press conference at the Double Tree Hilton Hotel in London that while the Taskforce has commended the RPC’s enthusiasm and commitment to achieving reinstatement, several key criteria were deemed to have not been met.

Crucially this included an official response from Russia to specifically and adequately addressing the findings made by McLaren Report, with the Taskforce stating no meaningful change in culture can be achieved without this.

A decision was taken to maintain the RPC’s suspension from all IPC-organised events, which has been in place since last August.

Gotell stated that she believed the views of athletes to be well represented when the decision was taken to continue the suspension, with five other Paralympians also being included on the Governing Board.

The Canadian called upon the RPC to meet the criteria required to ensure their athletes would be able to compete at the Pyeongchang 2018 Winter Paralympics.

“They are well aware of what they need to do and sadly the longer they take to achieve it the longer Russian Para athletes will continue to miss out on IPC sanctioned competitions,” a statement from the IPC Athletes’ Council chair said.

“The Paralympic Games is the pinnacle of any Para athlete’s sporting career.

“Years of hard work, dedication and commitment are rewarded with the opportunity to compete on the biggest stage of all.

“I can only imagine the heartbreak Russian Para athletes felt last year when the RPC was suspended and unable to enter them into the Rio 2016 Paralympic Games.

“To miss out on a second Paralympic Games within a 20 month window due to the actions of others is unimaginable but sadly fast becoming a reality unless swift action is taken.

“With Pyeongchang 2018 fast approaching, we strongly encourage the RPC to work diligently to ensure the reinstatement criteria are met as soon as possible and, ideally, in time for the next Paralympic Winter Games.

“Looking further ahead, the IPC Athletes’ Council sincerely hopes that this situation is never repeated again and that the IPC’s strong and commendable stance sends out a loud and clear message to all those within the Paralympic Movement.

“We strongly encourage all National Paralympic Committees and International Federations to fulfil their IPC obligations by providing a fully compliant anti-doping programme that ensures athletes are never again put at risk of being excluded from competition due to the actions of others.”

The Taskforce are next set to update the IPC by September.

Should Russia not they not achieve reinstatement by then, their participation at next year's Winter Paralympic Games in Pyeongchang will be under threat.

IPC President Sir Philip Craven has warned it would be "very unlikely" for Russia to compete at the Games if the suspension was not lifted in September.

The IPC had stated yesterday in London that they were encouraged by news from last week's WADA Foundation Board meeting in Montreal that there is confidence the RUSADA will have fulfilled the requirements laid out by the organisation by November.

While Russia’s participation at the Pyeongchang 2018 Winter Paralympics could be in doubt, Sir Philip added that unless something dramatically changes in the next few weeks, the country will not be able to enter its athletes into the 2017 World Para Athletics Championships in London.

“As an athlete, when you line-up on the start line or take to the field of play you want to be confident that everyone is competing on a fair and level playing field; you do not want your mind distracted over whether your opponent is doped or not,” Gotell added.

“It is also our duty as Paralympians to act as role models and inspire the next generation of athletes.

“We cannot achieve this if there are suspicions of doping in our Movement.

“We sincerely hope that this situation can be quickly resolved by the RPC fulfilling the reinstatement criteria.