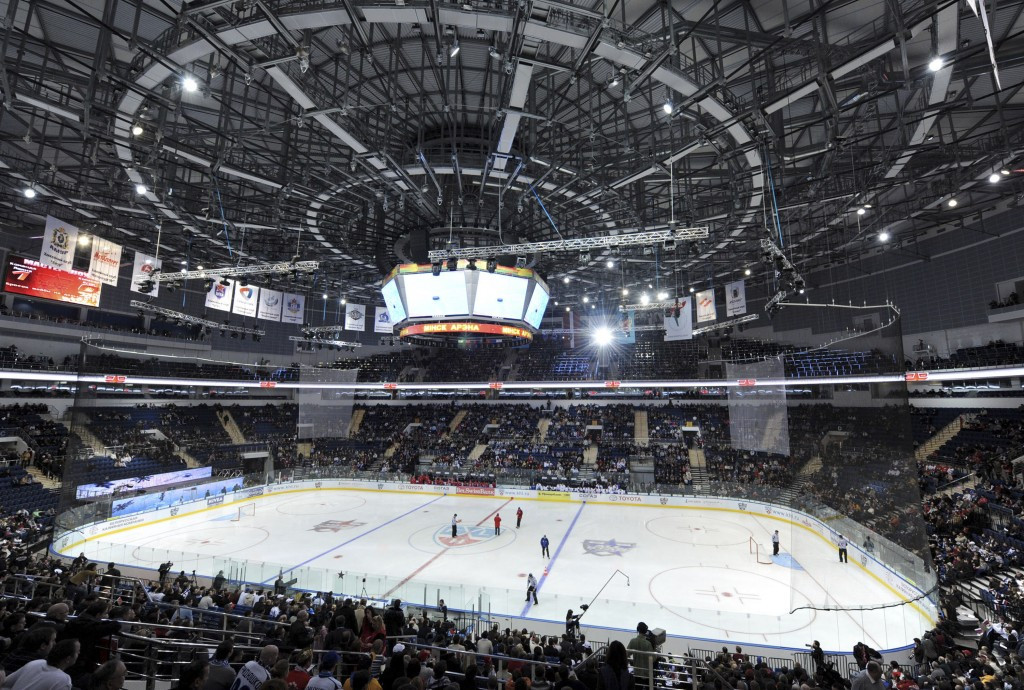 The capital cities of Belarus and Latvia will host the 2021 International Ice Hockey Federation (IIHF) World Championships, it was announced today.

The decision to award Minsk and Riga the event was taken in Cologne during the IIHF Annual Congress, which is running alongside this year's edition of the Championships in both the German city and French capital Paris.

Belarus and Latvia gained a combined 55 votes over 52 for Finland, which put forward the cities of Tampere and Helsinki as their location for the flagship tournament.

Following a break at the Annual Congress, Finland confirmed that it would also be prepared to host the event in 2022.

After holding consultations over whether there would be potential applicants to run against Finland, the IIHF decided to propose having the 2022 edition in Tampere and Helsinki, something which was unanimously approved by the Congress.

The proposed dates for the 2021 competition in Belarus and Latvia are May 7 to 23.

"The two countries decided a few months ago to join together for the bid with the slogan 'Passion. No Borders'," the IIHF said in a statement.

"They symbolically did at yesterday’s presentation with a video sequence from a space shuttle, and without borders.

"And it emphasised that the passion of the hockey fans from both countries is well known, despite the fact that the two countries are neither among the biggest ones in population in Europe nor among the very top nations in the world ranking.

"Belarus will be ranked 10th in the new IIHF world ranking, while Latvia will be 12th."

Belarus broke the World Championship attendance record when Minsk played host in 2014, but it was reclaimed by Czech Republic the following year.

The bid presentation recalled the atmosphere of 2014 with its downtown fan village and fan zone, as well as the Minsk Arena being just 15 minutes from the city centre and the airport.

It is claimed Latvia is hoping to recreate the atmosphere of 2006, when the 10,300-seat Arena Riga was opened to host the World Championships.

The country has promised that a new practice arena will be built next to it.

"Hockey is loved so much in our country and we are thankful that our Belarusian friends invited us," Aigars Kalvitis, President of the Latvian Ice Hockey Federation (LHF) and a former Prime Minister of the country, said.

"We hope with this Championship we will develop hockey in the region."

Construction work on the venue, which is being billed as the most modern multi-purpose arena in Northern Europe, is set to begin this year.

"Finland is one of the safest and most stable countries in the world.

"We can offer a great atmosphere to participate for the greatest sport on earth."

The 13,431-seat Hartwall Arena in Helsinki, which was opened in 1997, will serve as the second venue.

Helsinki co-hosted the 2012 and 2013 World Championships with Stockholm.

Tampere staged the first World Championships in Finland in 1965.

The next three editions of the  World Championships have already been awarded.

Next year's tournament will be held in Copenhagen and Herning in Denmark.

The 2019 edition is scheduled for Bratislava and Košice in Slovakia, while the 2020 tournament will take place in the Swiss cities of Zurich and Lausanne.

Among the other decisions taken at the IIHF Annual Congress was that to increase the number of teams at the IIHF Women’s World Championships from eight to 10 as of 2019.

"We started the discussion three years ago within the Committee because we felt that since the Vancouver Olympics in 2010, women’s hockey has developed so much," IIHF Council member Zsuzsanna Kolbenheyer said.

"This is the next step to promote the women’s game."