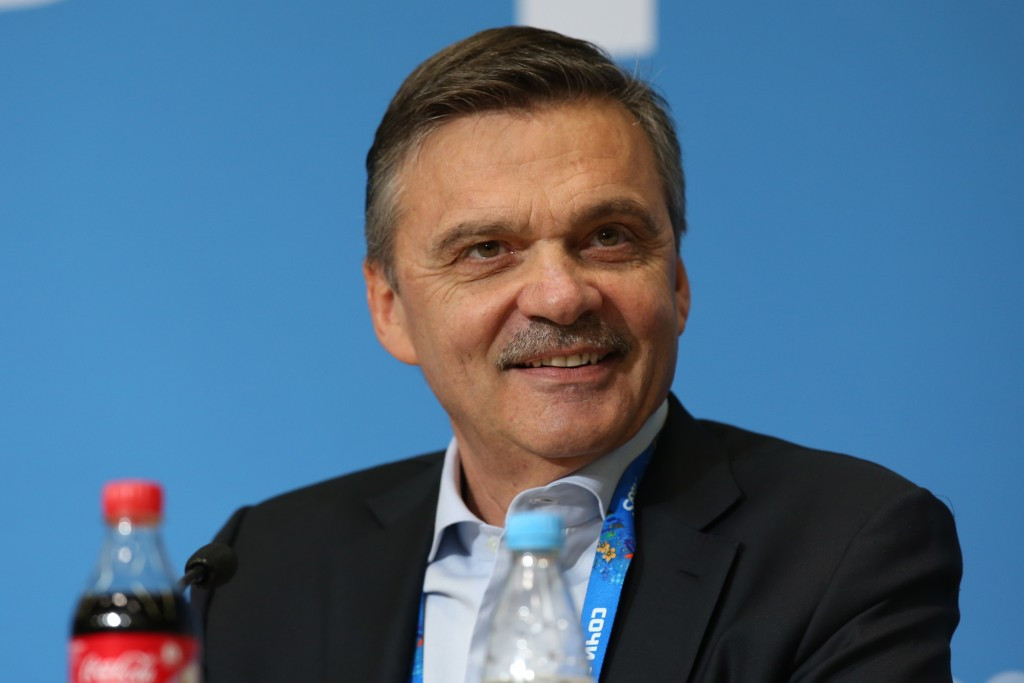 René Fasel, the President of the International Ice Hockey Federation (IIHF), has said the joint bid to host the 2021 World Championships by Belarus and Latvia has a greater chance of success than its rival.

It was announced in January that Finland would challenge a joint bid from the two countries for the right to stage the tournament in four years' time.

Finland put forward the city of Tampere as their location for the flagship tournament, while Belarus and Latvia have proposed their respective capital cities of Minsk and Riga as joint hosts of the event.

Both bids have earmarked May 7 to 23 as the dates of the 2021 Championship.

A decision is due to be made on Friday (May 19) at the IIHF Annual Congress in Cologne, which is running alongside this year's edition of the Championships in both the German city and French capital Paris.

"Finland's and Belarus-Latvia's bids are interesting," Fasel told the Belarus 5 television channel, according to BelTA.

"They are both satisfactory.

"I would like to note that the IIHF World Championship was held in Minsk in 2014 at the highest level and is well remembered by many fans.

"In my opinion, Minsk and Riga have more chances than Finland: 60 per cent against 40 per cent.

"Anyway, we will learn everything on Friday."

Both Belarus and Latvia will be hoping to stage the tournament for the second time.

The 14,994-seat Minsk Arena would be the main venue for the Championships, while the 10,300-seat Arena Riga would also be used.

Both venues were opened to stage previous editions of the competition, with Riga hosting in 2006 and Minsk staging the 2014 event.

Should Finland succeed, it would be the eighth time the country has played host to the Championships.

Its capital Helsinki co-hosted the event with Stockholm in Sweden in 2013, having also done so the year before.

The new 13,000-seat Tampere Arena would be the main venue for the competition, with the modern multipurpose facility set to open in 2020.

Finland has already been awarded the 2019 Women's World Championships.

Fasel claimed last May that Finland "stand a good chance" of being awarded the 2021 event.

The next three editions of the Men's World Championships have already been awarded.

Next year's tournament will be held in Copenhagen and Herning in Denmark.

The 2019 edition is scheduled for Bratislava and Košice in Slovakia, while the 2020 tournament will take place in the Swiss cities of Zurich and Lausanne.