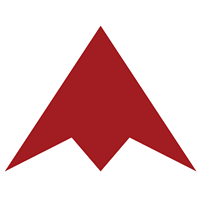 Professional parkour group APEX School of Movement has ended its collaboration with the International Gymnastics Federation (FIG), which continues to face accusations of "encroachment and misappropriation" into the sport.

Last week, the FIG confirmed it had given its approval in principle for a new discipline in gymnastics based on obstacle course competitions.

The first event under the FIG's auspices is due to take place on May 28 during the International Festival of Extreme Sports (FISE) in French city Montpellier.

Serving as a model for a proposed urban cluster at the 2020 Olympics in Tokyo and future Games, the 2017 FISE includes several other competitions, notably BMX freestyle, boulder climbing and roller skating.

Representatives from the International Olympic Committee (IOC) will be present to observe the new trends in view of Tokyo 2020.

For the organisation of these planned competitions and initiations, the FIG said it had partnered with the US-based APEX as well as The Netherlands' JUMP Freerun and the Mouvement International du Parkour, Freerunning et l'Art du déplacement, via its President Charles Perrière.

But in a statement, APEX has announced the end of its collaboration with FIG, citing "a lot of conflicting information" that has surfaced.

This includes matters regarding control and protection, naming and the governance of parkour.

It is signed by founders and owners Amos Rendao and Ryan Ford, and assistant general manager Brandon Douglass.

"In all relevant media relating to FIG, there has been hardly any mention of APEX in bringing our sport to Montpellier on the Olympic pathway, adding to suspicions that we may be eventually pushed out," the statement reads.

It adds: "Compounding these issues, our requests for a draft contract early on were met with long delays.

"We received a Memorandum of Understanding (MoU) from FIG in order to start moving forward (which was necessary for an extremely compressed time frame to run this event by its deadline).

"Our repeated requests for the draft contract went unresolved.

"Therefore, the original opportunity presented to us could not be assured."

Last month, Parkour UK accused the FIG of "encroachment and misappropriation" and called for the signing of an MoU, which would "formally acknowledge the recognised sovereignty of parkour/freerunning".

On Saturday (May 13), the Australian Parkour Association (APA) showed its support for the "encroachment and misappropriation" claims.

Eliot Duffy, the President of the APA, has sent an open letter stating his organisation's position to FIG President Morinari Watanabe.

It follows similar moves by other national governing bodies such as the Federation de Parkour (FPK) in France and the New Zealand Parkour Association (NZPA).

Gueisbuhler is quoted in the interview as saying: "I'm sure the FIG is the International Federation most qualified to further develop parkour."

"All of this took place in the midst of the ongoing delay of the draft contract, solidifying our decision to cancel the event and end collaboration with FIG."

Malik Diouf, one of the co-creators of the Mouvement and a founding member of Yamakasi, which is the original group of parkour practitioners from Lisses in France, has today written to Watanabe expressing his backing for the stance taken by Parkour UK.

"As a founding member of the Mouvement, and still a member of the Board, I was not made aware of the collaboration with FIG and it is not one that has been discussed openly at the Board or voted on by the Board," he states in an open letter.

"As one of the founders of parkour and the parkour community, I consider it a fundamental responsibility to take an interest in the rights and interests of our practitioners, ensuring that our sport, our discipline, our art, is not misappropriated by, or encroached upon by FIG and/or by any of FIG's National Federation members now or in the future.

"I look forward to seeing your response to these open letters and to FIG engaging in a transparent and open dialogue, that recognises the sovereignty of l'Art du déplacement, Parkour and/or freerunning and our community globally."

The FIG's Executive Committee and Council approved the key stages for its discipline's formal inclusion at a recent meeting in Azerbaijan’s capital Baku, with a view to organising a World Cup series in 2018 and 2019 and World Championships from 2020.

The FIG Presidential Commission was mandated to continue pursuing using elements of parkour in a potential new discipline following their last meeting in Lausanne in February.

The worldwide governing body announced following the meeting that the FIG Executive Committee had been given a presentation on the development of obstacle course competitions, or parcours d'obstacles, and also parkour, exhibited at last year's Winter Youth Olympic Games in Lillehammer.

It is claimed that throughout the inclusion process of the new discipline, the FIG has been supported by the Mouvement, established in 2014.

Before the Executive Committee's first decision on the issue in February, Watanabe undertook a trip to Lisses in the Paris suburbs to meet Perrière.