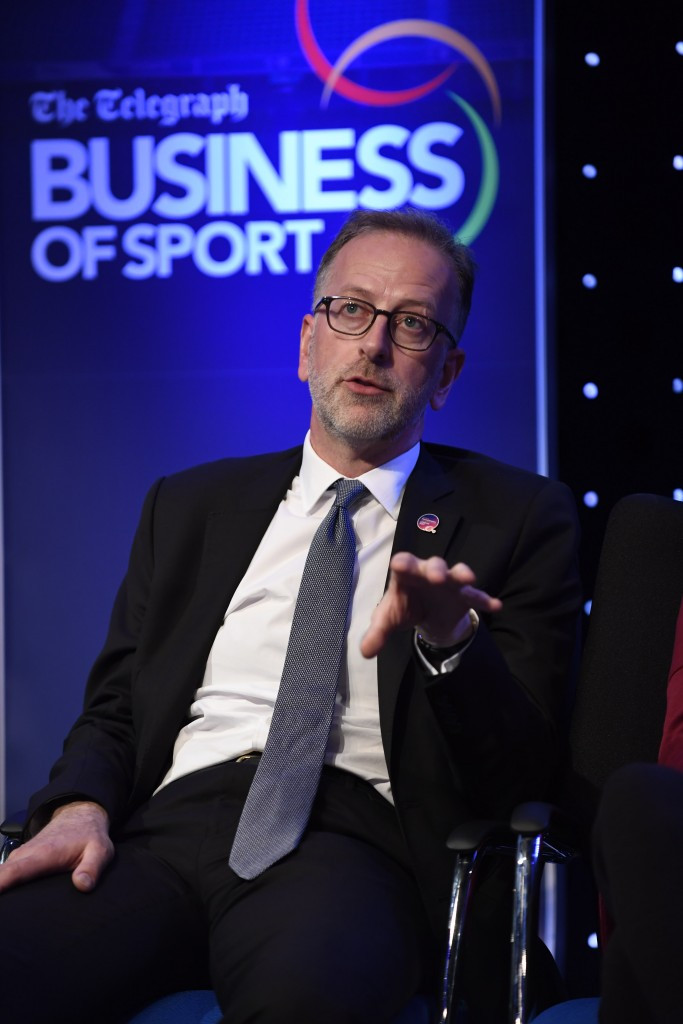 UK Athletics chairman Ed Warner has said here he believes that "some fervour" has to be taken out of the debate regarding European Athletics' controversial proposal to rewrite records set before 2005.

Warner believes this is necessary in order to "look at all possible solutions".

The Norwegian acknowledged reaction to the proposals, which were part of a report approved by the European Athletics Council last month, had been mixed.

Much of the criticism has come from current record holders who would be affected by the proposed changes.

The ongoing doping scandal in track and field has led to the plans, which European Athletics hope will help restore the sport's reputation.

Warner gave his view on the matter when speaking here at the Telegraph Business of Sport conference.

"It's created massively feverish debate as you've seen in the last couple of weeks and I think what has to happen now is we've got to take some fervour out of the debate and look at all possible solutions," he said.

"The answer might ultimately be there is no solution, you have to leave everything as it is.

Pierce O'Callaghan, European Athletics' Records Credibility Project Team chairman, had claimed European Athletics "sees the bigger picture" and challenged athletes and members of the public who have criticised the plans to "come up with a better solution".

The proposals are to be forwarded to the International Association of Athletics Federations (IAAF) so the two organisations can "coordinate the implementation of new record ratification rules".

IAAF President Sebastian Coe, whose own 1,000 metres and 4x800m marks could be at risk as part of proposed new criteria, has given his support to the move.

The Briton conceded, however, that there may be opposition but that the step being taken would help restore credibility in a sport damaged by recent doping scandals.

"I think Seb Coe's come up with a sensible response to it, which is he recognises the problem of current athletes looking at some of those old records and saying they're unbreakable anyway and I think we all know which ones we might be talking about," Warner added.

"He's welcoming a debate and he suspects there will be other suggestions too.

"So I think what has to happen is a lot of the heat that has been generated over the last couple of weeks has got to die down.

"There probably needs to be a sensible, measured discussion over a period of some time to look at all possible solutions and ramifications."

British javelin thrower Goldie Sayers, who confirmed earlier this month that she is ending a 20-year career which saw her compete at three Olympic Games - Athens 2004, Beijing 2008 and London 2012 - believes the proposal is something that could be looked at "way down the road".

"I think that the fundamentals have to be in place first before we start thinking about radical changes because as it stands, not every country has the same anti-doping procedures that we do," the 34-year-old said.

Last September, Sayers was told she would be receiving the bronze medal from Beijing 2008 after Russian Mariya Abakumova was stripped of her silver after a drugs re-test came back positive.

Abakumova, however, has appealed the decision to the Court of Arbitration for Sport (CAS) so the medal has still not made it to Sayers' hands.

The annual Telegraph Business of Sport conference, which aims to steer the UK sports industry to growth, innovation and collaboration, is in its third year.