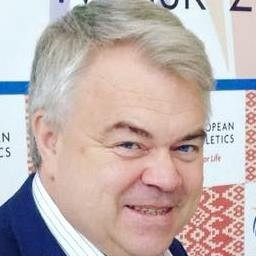 European Athletics President Svein Arne Hansen admitted on Monday (May 1) that "most" world and European records in the sport may have to be replaced after the organisation's Council approved recommendations made by their Project Team.

Russia has been suspended from competition by the International Association of Athletics Federations (IAAF) since the publication of the first report commissioned by the World Anti-Doping Agency (WADA) in November 2015.

This followed allegations by Vitaly Stepanov and Yuliya Stepanova of state-supported doping in the country on German television channel ARD.

The ban meant Russian track-and-field stars, apart from long jumper Darya Klishina after she proved she had been training under an effective doping system outside of her home country, were unable to participate at last year's Olympic Games in Rio de Janeiro.

Butov, a member of both the Russian Athletics Federation (RusAF) Council and IAAF Council, says some Russian athletes who were absolutely clean were wrongly punished and believes the European Athletics proposal is consistent with this.

He is currently unable to attend IAAF meetings while Russia is suspended from international competition.

"They don't want to be responsible for dishonesty and errors of others.

"But why then didn't want to hear Russian athletes who couldn't compete at the Olympic Games, and at the same time were absolutely clean.

"And some of those champions who were affected by a present initiative of EA actively supported then our discharge.

"Well so then be consistent."

Among the world records that could be taken away from Russian athletes under the proposal to rewrite records in the sport set before 2005 is shot putter Natalya Lisovskaya's mark of 22.63 metres set in 1987 under the Soviet Union flag.

Britain's Paula Radcliffe, whose world marathon record of 2 hours 15min 25sec is under threat as a result of European Athletics' move, branded the decision as "heavy-handed" and "cowardly" after the proposals were unanimously approved by the European Athletics Council.

She claimed she felt her reputation and integrity had been damaged.

Other athletes who could be affected, including Denmark's Wilson Kipketer, who holds the European record over 800m, and Britain's Jonathan Edwards - whose triple jump world record of 18.29m was set in 1995 - have also voiced opposition to the plans.

Steve Cram labelled it as a "public relations exercise" and claimed it "lumps us in with all the cheats".

The changes have been proposed in response to doping scandals in the sport.

Pierce O'Callaghan, European Athletics' Records Credibility Project Team chairman, told insidethegames that European Athletics "sees the bigger picture" and challenged athletes and members of the public who have criticised the plans to "come up with a better solution".