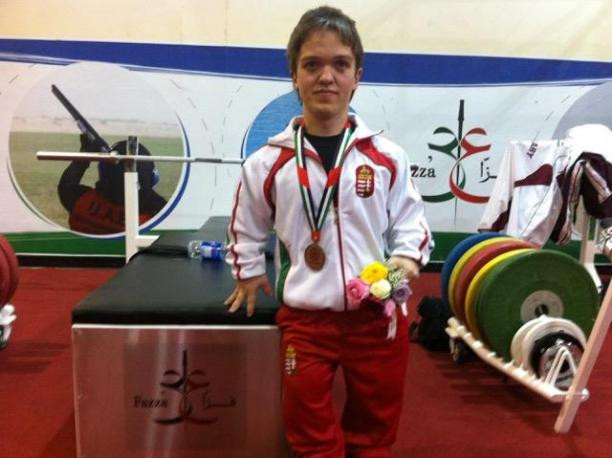 Paralympic bronze medallist Nandor Tunkel of Hungary claimed victory in the men’s up to 49 kilograms event on the opening day of the 2017 World Para Powerlifting World Cup in Eger.

Tunkel reached a new personal best of 156kg at the Hotel Eger and Park today, adding 1kg onto his medal winning performance at the Rio 2016 Paralympics.

He cleared all three of his attempts on his way to the win as Algeria’s Hadj Ahmed Beyour also posted three good lifts but had to settle for second place with a best of 137kg.

Egypt’s Taha Abdelmagid built calmly towards a 160kg third round lift to take the win in the men’s up to 54kg.

Brazil’s Joao Maria Franca Junior was second on 140kg, reaching his best ever finish at an international competition.

Kostiantyn Panasiuk added another podium finish for Ukraine in third with 137kg.

Brazil’s Bruno Carra got his 2017 season off to the best possible start in the men’s up to 59kg division.

Chile’s Jorge Carinao needed just one good lift in the opening round to secure second on 160kg while Finland’s Juhani Kokko completed the podium on 150kg.

European Open silver medallist Justyna Kozdryk landed her second World Cup podium of the year in the women’s up to 45kg.

Three good lifts led the Polish athlete to first place with 94kg, adding to her silver from the previous World Cup stage in Dubai in February.

Spain’s Loida Zabala Ollero powered to a 96kg lift to win her first World Cup in the women’s up to 50kg.

Rounding off today's action was a win for Chile’s Camila Campos in the women’s up to 55kg as she produced a best effort of 92kg.

The competition is the penultimate major event before this year's World Championships in Mexico City.

The Mexico City World Championships will be held between September 30 and October 6.

It was also announced today that Almaty in Kazakhstan and Eger will stage the 2019 and 2021 senior and junior World Para Powerlifting Championships respectively.

The Almaty 2019 championships will be held at the Baluan Sholak Sports Palace.

The junior competition will take place on July 27 before the seniors event between July 28 and August 3.

Junior action in Eger will take place on October 23 and will be followed by the seniors between October 24 and 30.