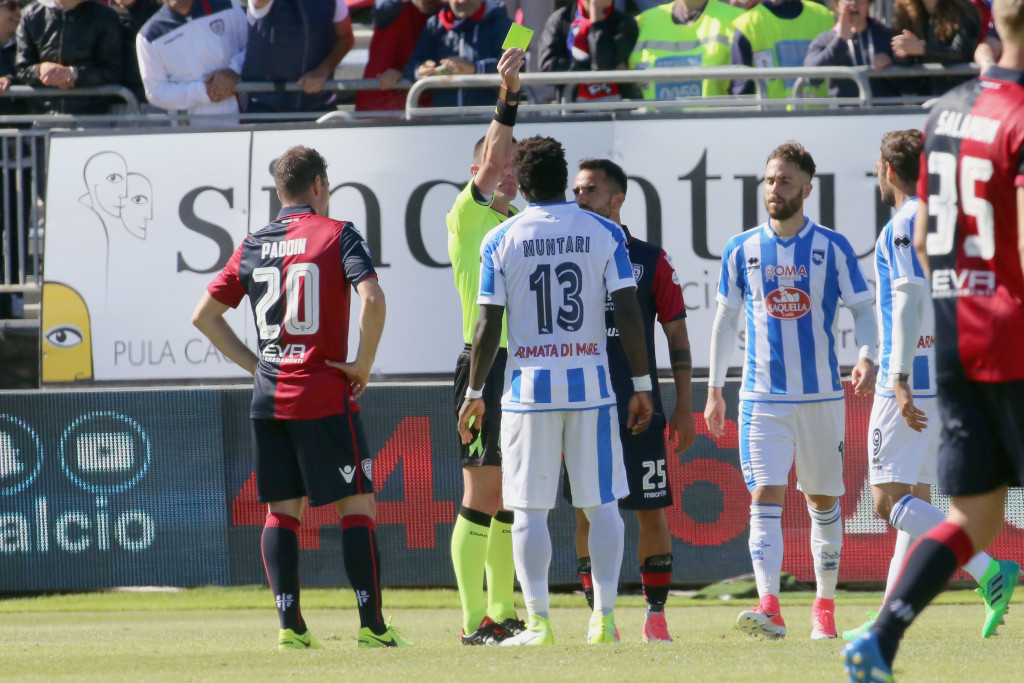 Ghanaian footballer Sulley Muntari has been banned for one match after protesting against racist abuse he received from the crowd during a recent match in Italy’s top division.

The 32-year-old Pescara midfielder was given a yellow card for dissent after asking the referee to stop the club’s Serie A match against Cagliari on Sunday (April 30) and then received a second having walked off the pitch in protest.

Officials claimed not enough supporters took part in the abuse to trigger action.

Serie A's Disciplinary Committee, which issued Muntari's ban, described the chanting as "deplorable", but said it could not impose sanctions against Cagliari because only around 10 supporters were involved in abusing Muntari - less than one per cent of the home supporters inside the Stadio Sant'Elia.

This was despite world footballers' union FIFPro calling for Muntari's yellow cards to be rescinded because of the exceptional circumstances.

Garth Crooks, an independent trustee of football's equality and inclusion organisation Kick It Out, is calling for every "self-respecting black player" in the Italian league to not play this weekend unless the Italian authorities withdraw the ban on Muntari.

A statement on Kick It Out’s website reads: "Kick It Out has made representation to FIFPro, the World Players' Union, to share its frustrations about the treatment of Sulley Muntari by the FIGC (the Italian Football Federation).

"The gutless failure to not take action by the Italian authorities should not be allowed to pass.

"It's unbelievable that Cagliari escaped punishment as 'only 10' fans were involved.

"This situation should never be allowed to happen again."

Juventus and Italy legend Alessandro Del Piero spoke to Muntari after the match and offered his support for the way the Ghanaian handled the situation.

"You’re setting the example for tomorrow.

"You did everything right."

Muntari, who is now suspended for Pescara's game with Crotone on Sunday (May 7), was playing for AC Milan in January 2013 when then team-mate Kevin-Prince Boateng walked off the pitch as a result of racist chanting during a friendly with Pro Patria.

Boateng has tweeted his support to Muntari, stating he is "so proud".

In separate incidents, Lazio and Inter Milan have been warned they would face one-game partial stadium closures if there was a repeat of recent racist behaviour from their fans.

It added that around 80 per cent of the 7,000 Inter fans in one of the upper-tier sections of the San Siro directed insults at Koulibaly of Senegal and a similar amount of fans in one section of Lazio's Stadio Olimpico fired insults at Germany's Rüdiger.

Both closures are suspended for one year and will only be enforced if it occurs again.