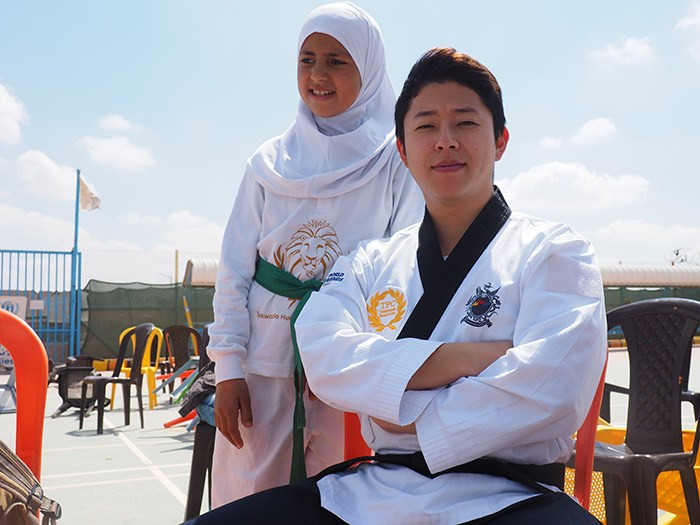 Jae-Hyun Yoo, the South Korean coach at the Azraq refugee camp in Jordan, has claimed that self-confidence is key to success in taekwondo.

He has previously volunteered in Rwanda for the WTF's Taekwondo Peace Corps, which deploys instructors to developing nations worldwide.

"In my opinion, the most important element for my students is self-confidence," he said in an interview published on the THF website.

The training, Yoo said, gives the students a "sense of belonging as a team" as well as such beneficial skills as self-defence.

"When I heard about ongoing distresses among refugees in the region, I was concerned about the refugee children and wanted to provide hopes and vision in their lives through taekwondo," he added.

"So we made many activities like demonstrations, promotion tests, competitions, marathon races, et cetera.

"They have started to have dreams and to put an effort into achieving their dreams.

"Just looking at the positive changes that took place in my students, made me feel great."

The camp was the THF's first full-time and permanent programme.