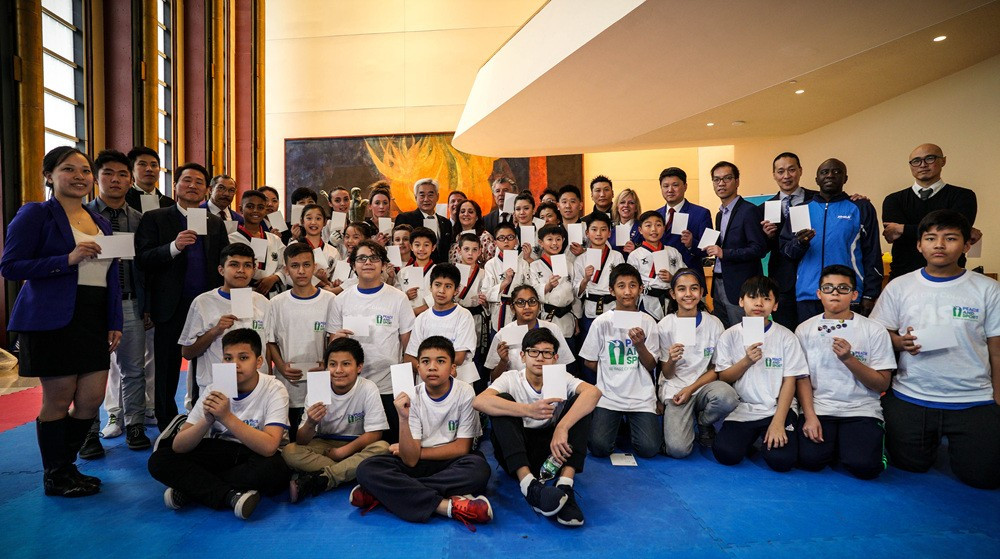 The World Taekwondo Federation (WTF) has given a "wide-ranging" demonstration and seminar at the United Nations (UN) headquarters in New York City as part of celebrations for the upcoming International Day of Sport for Development and Peace.

The event was jointly organised by the Permanent Mission of Monaco to the UN and Peace and Sport.

Celebrated on April 6, the International Day of Sport for Development and Peace has been observed by the UN every year since 2014.

Supported by the International Olympic Committee, the day celebrates the power of sport to drive social change and community development.

It falls on the anniversary of the start of the first Modern Olympic Games in 1896.

A demonstration team and WTF President Chungwon Choue posed for a photograph holding white cards to mark the occasion.

As part of the #WhiteCard campaign, launched in Monaco last week, Olympians, members of the Olympic family and the wider sports community are invited to share a photo of themselves on social media using the hashtag and holding up a white card to show their commitment to peace efforts worldwide.

The demonstration was the latest example of cooperation between Peace and Sport and the WTF after the two organisations, and the Taekwondo Humanitarian Foundation (THF), signed a Memorandum of Understanding in November 2016.

The team of 15 children aged between 10 and 14 performed poomsae and mixed gender tag-team competition for those in attendance.

That was followed by freestyle poomsae performances by the United States national team.

Choue addressed the crowd at the same location where the THF - which works with refugees worldwide - was launched in September 2015.

"Today provided a wonderful chance for UN staffers to see and get a chance to try their hand at taekwondo," said Choue.

"It was also a wonderful opportunity for us to inform some very high-profile people about our humanitarian initiatives."

Bringing proceedings to a close was a three round demonstration kyorugi match.

"It was great fun watching some of the spectacular taekwondo moves," said one UN staff member.

"The young athletes were fantastic and a real inspiration.

"It just goes to show that anyone of any age can practice taekwondo anywhere."