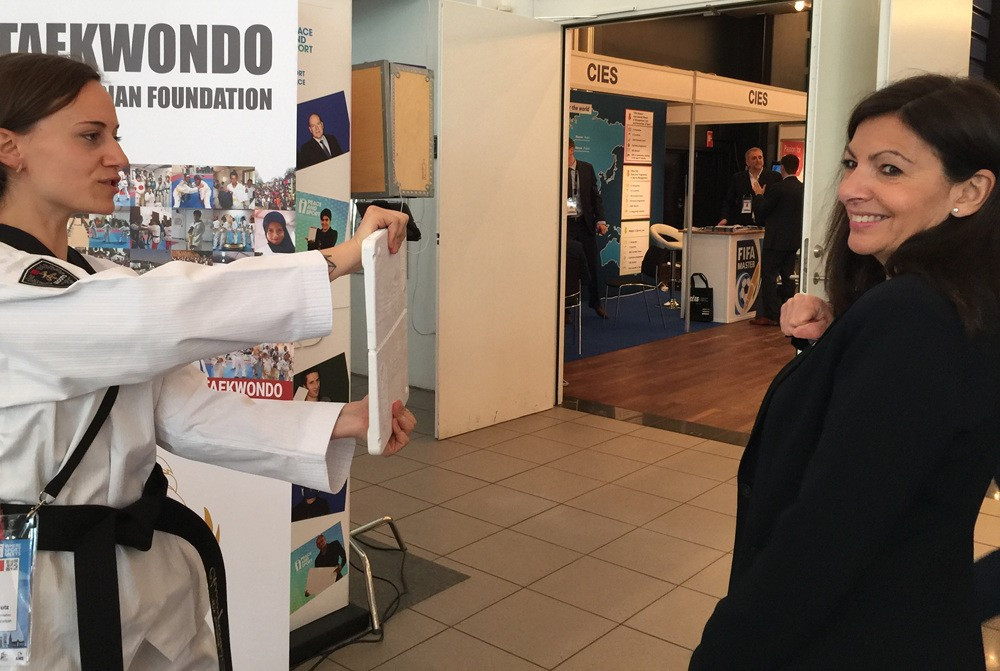 The World Taekwondo Federation (WTF) and Taekwondo Humanitarian Foundation (THF) marked the International Day of Sport for Peace and Development (IDSDP) by inviting delegates to practice their taekwondo skills.

Participants of different ages, nationalities and genders were given the opportunity to kick or break a board at the 2017 SportAccord Convention in Danish city Aarhus.

Paris Mayor Anne Hidalgo, who was leading the French capital's 2024 Olympic and Paralympic bid delegation, was among those who took part.

Supported by the International Olympic Committee, IDSDP celebrates the power of sport to drive social change and community development.

It falls on the anniversary of the start of the first Modern Olympic Games in Athens in 1896.

The demonstration at the SportAccord Convention followed the WTF's activities at the United Nations' (UN) headquarters in New York last month, when UN staff were invited to try out taekwondo in celebration of the IDSDP.

The event was jointly organised by the Permanent Mission of Monaco to the UN together with the international organisation Peace and Sport.

The WTF claims it is committed to fulfilling its social responsibility and maximising the role taekwondo can have in improving the lives of disadvantaged people.

WTF President Chungwon Choue officially announced his plan to establish the THF in his speech at UN headquarters on the 2015 United Nations International Day of Peace.

Projects are underway in Jordan, Turkey, Rwanda and Nepal.