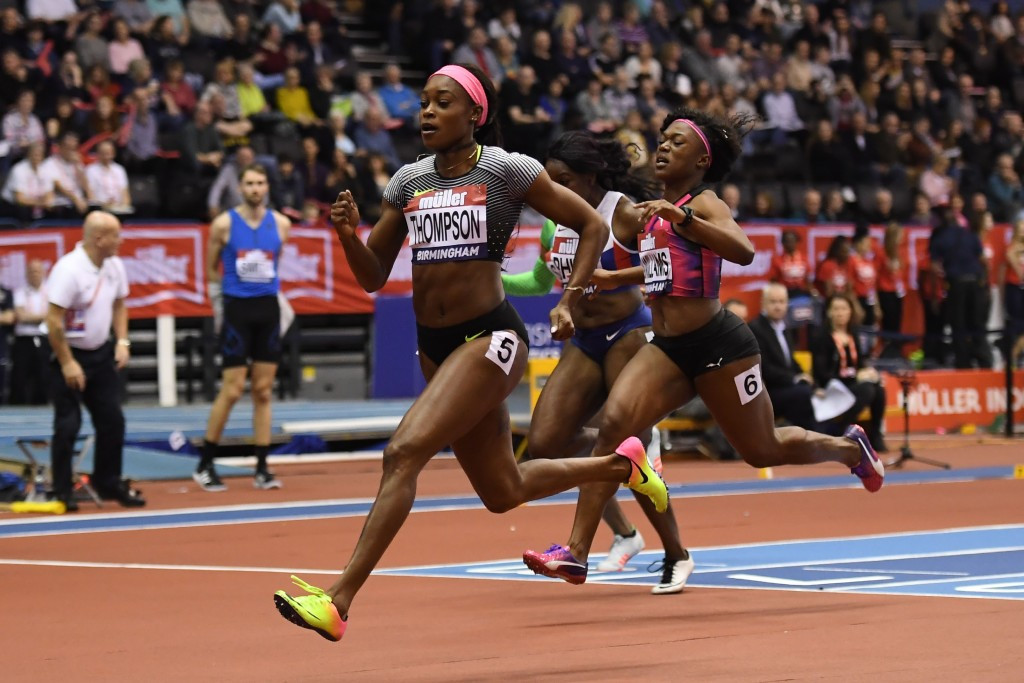 A third and innovative edition of the International Association of Athletics Federations (IAAF) World Relays this weekend in the Bahamas will involve an Athlete Refugee Team wearing on-body cameras, a new mixed 4x400 metres relay and drone footage.

"The World Relays have always been about innovation, and innovation in our sport," the IAAF chief executive Olivier Gers said at a pre-event press conference at the British Colonial Hilton in Nassau.

"This year the innovation doesn't stop.”"

The first mixed 4x400m relay at the Thomas Robinson Stadium will cap the IAAF/BTC Relays competition on Sunday (April 23).

The weekend will also feature the introduction of new ways in which the event will be delivered.

"We'll have an on-body camera worn by members of the 4x800m Athlete Refugee Team which will be providing an incredible perspective," Gers said.

Drone footage will also be utilised for the first time at the Relays as well.

In addition, the event will be streamed to more than 120 countries around the world via Youtube and Facebook, Gers said, "to give fans the ability to share the athletes stories."

Qualification spots for men’s and women’s 4x100m and 4x400m at the 2017 IAAF World Championships in London are also up for grabs.

"To me, the Relays are a great new dimension for our sport," Gers added.

Speaking in Nassau earlier this week, IAAF President Sebastian Coe paid tribute to the hosts’ relay culture, including winning Olympic gold medals in the women's 4x100m at Sydney 2000 and men's 4x400m at London 2012.

"Most young people here seem to be born with a relay baton in their hand and it stays there for the majority of their athletics career," he said.

"Head to heads are what bring people into our stadiums, and there are some of the greatest relay teams on the planet about to compete.

"We looked at relays a few years ago as something that takes place at the end of the World Championships and perhaps didn’t quite afford them quite the respect they deserve, but eventually the people who love athletics have spoken.

"There are some exceptional battles ahead this weekend."

The 24-year-old Thompson, who has already run a wind-assisted 10.75sec this season, will face characteristically strong opposition from a United States team that can call upon English Gardner, winner of an Olympic gold medal in last year’s women’s 4x100m.

Also available for the US in the women’s 4x100m is Olympic long jump champion Tianna Bartoletta, who took part in both the previous World Relays in 2014 and 2015.

Trinidad and Tobago, featuring Michelle-Lee Ahye, Kelly-Ann Baptiste and rising force Khalifa St Fort, will also be strong challengers in the women’s sprint along with a Dutch team headed by the 200m world champion and Olympic silver medallist Dafne Schippers, that has qualified for the 4x100m.

The US men appeared to have earned a significant 4x100m victory over Jamaica in the last edition of this event, four months before the Beijing World Championships.

On both of the last two occasions, the US men were humiliatingly disqualified for faulty changeovers.

But the US hopes of retaining this World Relays title look strong given the strength of their squad, which contains their Olympic and world silver medallist Justin Gatlin, along with other talents such as Marvin Bracy and the experienced Mike Rodgers.

By contrast, the Jamaican challenge looks less strong than it could be.

Usain Bolt never planned to take part in the World Relays in his final year of competition and the relatively late withdrawal of the 34-year-old former world record holder Asafa Powell, who has said he wants to concentrate on training ahead of the main outdoor season, will put more pressure on Yohan Blake.

The 2011 world 100m champion, back up to speed after an extended run of injuries, will be backed up by other talents such as Julian Forte and the 2014 Commonwealth Games champion Kemar Bailey-Cole.

The main challenge to the US may come from Canada, who include Andre De Grasse, the Rio 2016 100m bronze medallist and 200m silver medallist.

LaShawn Merritt of the US proved to be the ultimate party-pooper in 2015 as he edged out home favourite Chris Brown – The Bahamas’ inspiration for their 4x400m victory at London 2012.

Brown will not be running, but The Bahamas have a new rising talent in  Steven Gardiner, who set a national record of 44.26 earlier this season.

Belgium, despite the late loss of Jonathan Borlee, Poland and Botswana will also fancy their chances.

In the women’s 4x400m, the US are seeking a third consecutive victory over Jamaica.

The US men will defend their 4x800m title and they will need to be at their best to withstand a Kenyan team likely to include Ferguson Rotich and Alfred Kipketer, plus a Polish quartet headed by two world class talents in Adam Kszczot and Marcin Lewandowski.

In the women’s 4x800m, the US appear overwhelming favourites.