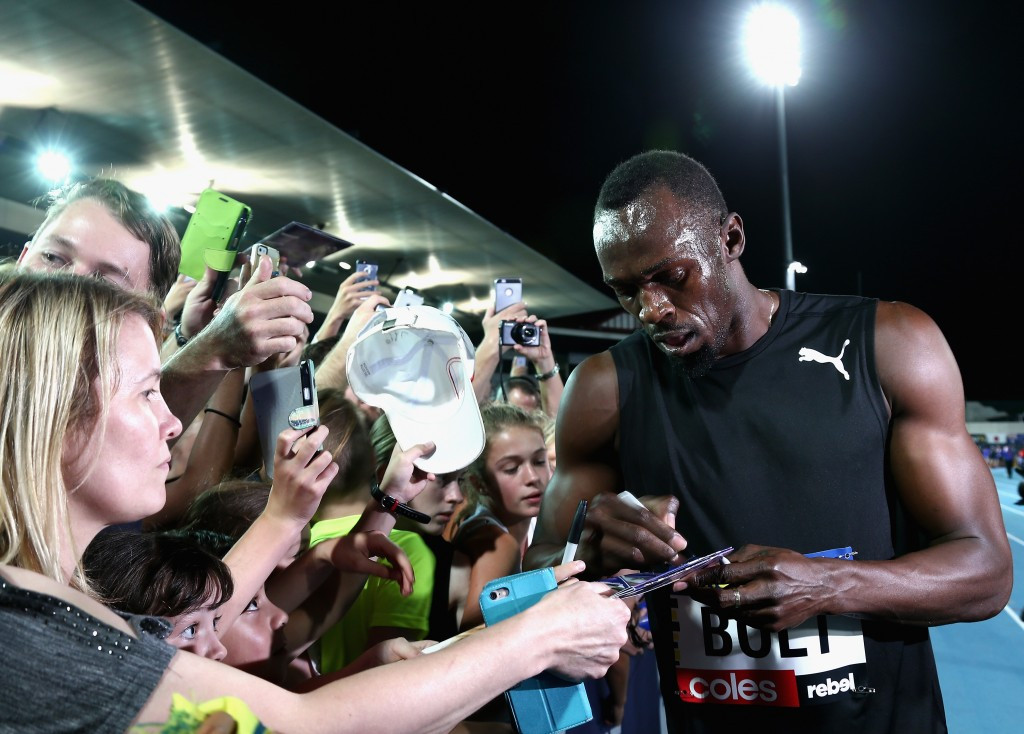 Usain Bolt’s All-Stars team will go into Saturday’s sell-out final of the Coles Nitro Athletics Melbourne as leaders - after protests saw the host nation, originally winners on the second night of this innovative event, incur a penalty for their disqualification in the mixed 4x100 metre relay.

Watched by a near capacity crowd of 6,722, which included the International Association of Athletics Federations’ (IAAF) President Sebastian Coe and its chief executive Olivier Gers, Bolt helped his team to victory in the sprint relay before underlining the seriousness with which he takes this new athletics format by insisting that Team Australia – who finished last in the relay after making a second baton exchange outside the changeover zone – should receive the points forfeit indicated in the rules.

It took more than half an hour of deliberation at the Lakeside Stadium before the case made by a visibly displeased Bolt – who has bought a stake in both the Nitro concept and the All-Stars team - was upheld and Team Australia dropped 50 points after the evidence had been reviewed.

“You can’t not lose any points, so I’ve got to talk to the organisers and figure it out but I’m sure we won the night.”

For that relay Australia received -10 points, making their total for the night 895 points - just short of the All-Stars who finished on 930.

Looking towards Saturday night’s final, Bolt revealed that he may compete in the 150m to make sure that his team comes out on top.

“I don’t like the fact they we are leaving it that late every night, so we’re definitely going to double up and try to get the points up early.

Earlier in the night, Team Australia sprinter Morgan Mitchell came home strongly in the mixed 2x300m relay to win in front of a partisan home crowd packed along the home straight.

“The energy was great, and the crowd brought me home,” said Mitchell, who had been beaten on the line in the mixed 4x400m relay by England’s Theo Campbell.

That victory – to which England’s captain and former Olympic and world 400m champion Christine Ohuruogu contributed, helped lift a team which had finished joint last on the opening day.

“Brilliant day team! Proud of everyone, forced our way up the leader board, great show of team spirit!” tweeted Ohuruogu.

She added: “I’m really proud of the team.

“One of the guys was proper cocky saying we’re going to win this – and I thought, that’s good but it’s going to be tough because you don’t know how the race is going to play out.

“I think his confidence is what drove him home - that may be the first relay he’s ever done in his life.”

Sixteen-year-old home sprinter Riley Day, who will compete in the Commonwealth Youth Games in Bahamas later this year, was second in the 100m.