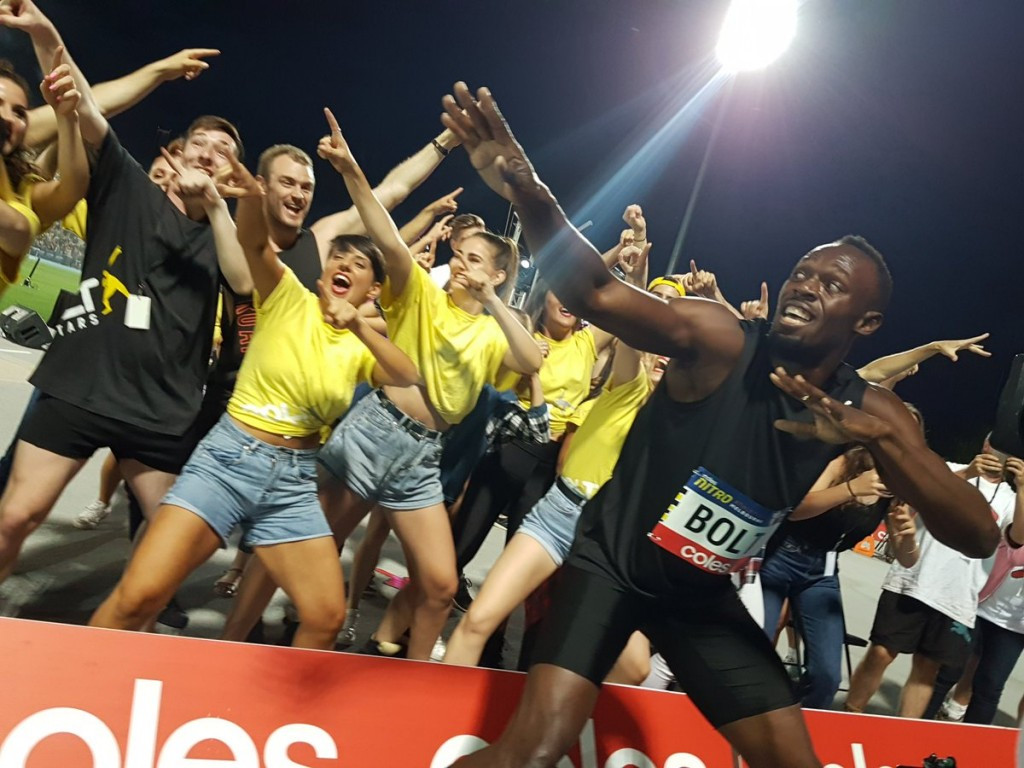 Usain Bolt and his All-Stars team completed an expected clean sweep in the third and final event of the Nitro Athletics Melbourne series – and the multiple world and Olympic sprint champion now hopes to spread the innovative format worldwide.

"For me the next step is globalisation in Europe and all around the world," Bolt said.

"I’ve never been in a situation where I’ve had so much fun at a track meet, ever.

"I want people to experience what I’ve experienced.

"I want people to see what I’ve seen, to feel the energy."

The innovative format - televised live by Channel 7 with other TV packages shown by world networks including the BBC - has drawn high praise from Sebastian Coe, the International Association of Athletics Federations President who watched Thursday (February 9) evening’s second match in the six-team series at the Lakeside Stadium, which was sold out for the final.

"I saw engagement, I saw fun and laughter and that’s what the sport has been missing for a long time," Coe said.

"It was a terrific start.

"It’s an obvious thing to say but unless we innovate we’re going to become less and less relevant and we can’t afford to do that.

"I’m really pleased that these guys took up the challenge and ran with it.

"It probably needed the sort of flair that has been seen in other elements of Australian sport to take this on and do it."

Although Bolt’s men’s 150 metres win in in 15.28 seconds in his first individual race of the series was one of the highlights, the night’s main athletics story was the audacious 150m victory of 16-year-old home sprinter Riley Day.

A week ago she was a little-known schoolgirl from the small Queensland town of Beaudesert.

Now she is one of the rising stars of Australian athletics, having capped an eye-catching series of performances in this series with a winning time of 17.63 against a field that included Jamaica’s 2015 world 4x100m relay gold medallist and individual finalist Natasha Morrison, and Britain’s London 2012 200m runner Margaret Adoeye, who was second in 17.78.

"I wasn’t expecting that, to be honest," Day said.

"I was just trying to catch the girls in front of me and keep the girls behind me, behind me.

"To be running against all these wonderful women is just an honour."

With Jamaica's former 100m world record holder Asafa Powell and fellow countryman Bolt running the opening two legs of the deciding 4x100m mixed relay, the All Stars were never going to be beaten.

Their commanding relay victory ensured the All Stars made up a 38-point deficit on Australia to finish first in Melbourne and in top spot overall in the three-meet series.