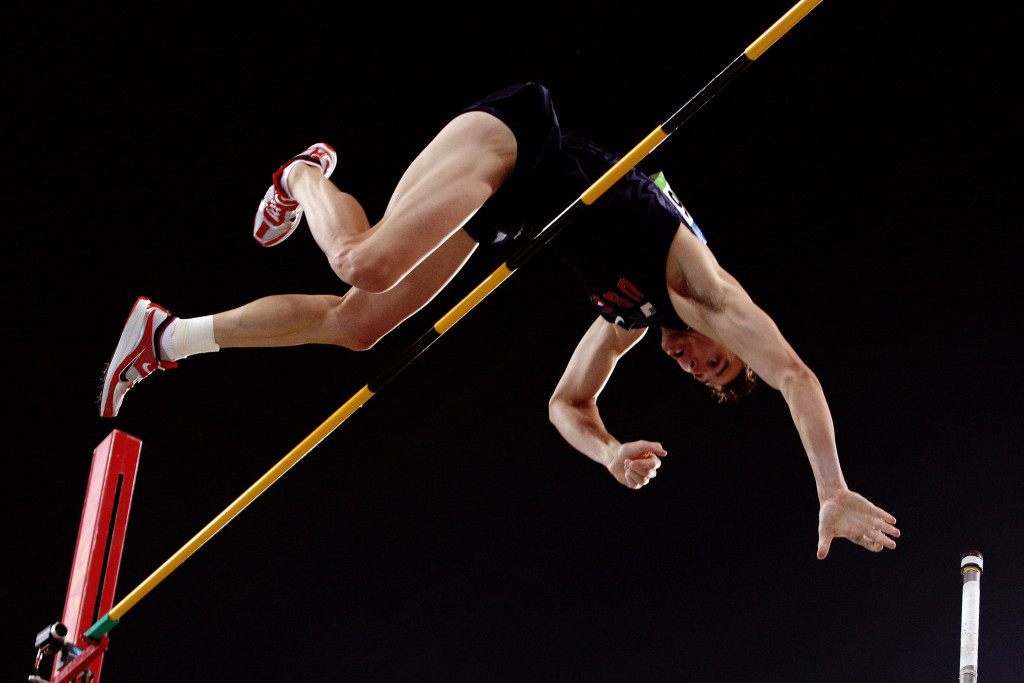 The Ukrainian was retrospectively stripped of his result after re-analysis of his samples detected banned anabolic steroid turinabol.

Miles recorded the same height as Yurchenko - 5.70 metres - but was relegated by virtue of having required more attempts.

It was not considered automatic that he would be awarded bronze.

But a decision to re-allocate the medal was eventually made by the International Olympic Committee (IOC).

A special ceremony took place in Vermillion, South Dakota, in which Miles was belatedly presented his medal to a standing ovation.

He received his medal from US Senator John Thune while United States Olympic Committee chief executive Scott Blackmun was among others present.

The 44-year-old also finished seventh at the Athens 2004 Olympics and also won the World Athletics Final in 2008.

"Derek embodies everything that the Olympic Movement stands for," Blackmun said.

Thune, who chairs the Senate Commerce Committee, emphasised his determination for Miles to be rewarded.

"I saw that story and I thought, gee, what a drag," he told the Argus Leader newspaper.

"You've got to get the medal back from a Ukrainian guy, like that's going to happen.

"The members of my Commerce Committee really worked this hard.

"They really bird-dogged it."

Miles is the latest in a growing number of athletes to belatedly receive medals following doping-related disqualifications.

London 2012 Olympic champion Ennis-Hill is poised to receive a third global heptathlon crown having been upgraded from silver at the 2011 World Championships in South Korean city Daegu.

This followed Russia's Tatyana Chernova being stripped of her title following a Court of Arbitration for Sport ruling in November.

Pavey, meanwhile, took possession last month of 10,000 metres bronze from the 2007 World Championships in Osaka after Turkey’s Elvan Abeylegesse, the silver medallist, was found to have failed a drugs test at the event in the Japanese city.