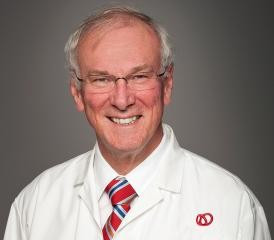 Andrew Pipe, who resigned before Rio 2016 as the chair of the International Swimming Federation (FINA) Doping Control Review Board in protest at its handling of the Russian Olympic team, has a new key role in sport.

The Canadian was unveiled today as one of three new members of the Athletics Integrity Unit (AIU) Board set up by the International Association of Athletics Federations (IAAF).

His appointment was confirmed, along with another Canadian, Abby Hoffman, and France's Marc Peltier, following the opening day of the IAAF's ruling Council at the Marriott West India Quay in London today.

They join a Board chaired by New Zealand's David Howman, the former director general of the World Anti-Doping Agency (WADA), whose appointment was announced last Wednesday (April 5).

The fifth and final member of the Board is the head of the AIU, a position which, until a permanent appointment is made, will be filled by Thomas Capdevielle, the Unit's deputy head and the the legal and cases manager at IAAF.

Pipe, a professor in the Faculty of Medicine at the University of Ottawa, resigned as the chair of FINA's Review Board stood down along with two colleagues after claiming their advice over the WADA-commissioned investigation into alleged state-sponsored doping in Russia was ignored before the Olympic Games.

Pipe's resignation letter had claimed that FINA had ignored his Review Board's recommendations on how to assess the eligibility of Russian swimmers following publication of the McLaren Report.

The AIU has been set-up by the IAAF in response to the corruption scandal involving its former President Lamine Diack, allegedly involved in a scheme to blackmail Russian athletes to avoid suspension following positive drugs tests.

Pipe has served as a physician at ten Olympic Games and has been doctor for Canada’s men's basketball team since 1978.

He is a former chair of the Canadian Centre for Ethics in Sport and was involved in helping set up WADA.

Pipe is also a former chairman of the Commonwealth Games Association of Canada.

Hoffman, the Commonwealth Games 880 yards gold medallist, is a member of the IAAF Council.

She is now a senior executive in the Ministry of Health of the Government of Canada and has been the coordinator of the IAAF Anti-doping Task Force since 2004.

Peltier is asociate professor of law at the University of Nice Sophia-Antipolis, teaches sports and business law and is an observer on the WADA Education Committee, having previously been member from 2014 until 2016.