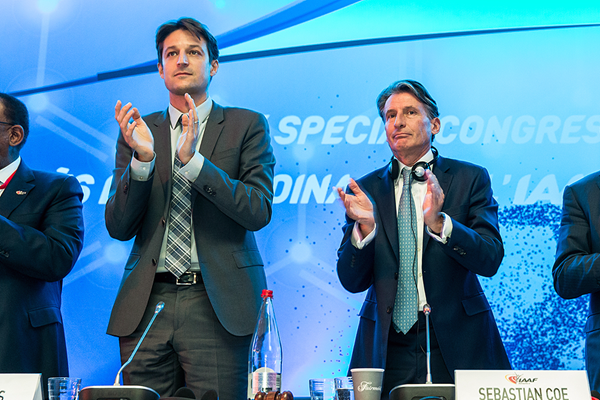 Jamaica has defended its refusal to back Sebastian Coe's proposed constitutional changes at the International Association of Athletics Federations (IAAF) Special Congress in Monte Carlo earlier this month, a decision criticised as being "ridiculous" by nine-time Olympic gold medallist Usain Bolt.

The reforms, called Time for Change and aimed at changing how the IAAF operates following a major corruption scandal, were overwhelmingly passed at a Special Congress on December 3, after members voted 182 to 10 in favour.

Jamaica was among the countries who either voted against the proposals or abstained.

Ukraine, the home country of IAAF vice-president Sergey Bubka, was another notable nation not to support the motion.

The Jamaica Athletics Administrative Association (JAAA) claimed in a press statement signed by its general secretary Garth Gayle the reason they decided not to vote was because they were presented en masse as 15 proposals under one umbrella, which would be introduced at the start of 2017 and 2019.

"This in itself was unprecedented," the JAAA said in their statement.

"We know of no other time in the 104-year history of the IAAF that Federations had to vote for a series of proposals as a unit.

"We would have preferred for the items to be separated, discussed and voted on individually."

Particular concerns to the JAAA was the decision to alter the composition of the IAAF ruling Council to reflect gender balance and the proposal to remove the current age limit of 70 years old, which was only agreed in the 2015 constitution, without any discussion.

They were also against the proposal that IAAF committees would no longer be elected by the Congress but would instead be appointed.

The JAAA also claimed that the IAAF Council’s Executive Board would be drastically changed without full discussion among Member Federations.

Bolt had backed the proposals on the eve of the Congress and admitted he "was very shocked" when he found out the JAAA had not supported them.

"I find it ridiculous and funny at the same time to know that the IAAF is trying to take big steps like this to make the sport better and we [Jamaica] are doing so very well in the sports, why would we not support it in going in the right direction?" Bolt told Reuters.

"So it was kind of a let down to know that the JAAA did not support it."

But the JAAA claimed the fact they had not supported the constitutional changes did not mean they were not behind tougher sanctions for anyone who tested positive for banned drugs.

"The JAAA is also keen to point out that at no point were we against any changes that would see tighter restrictions against drug cheats," they said in the statement.

"Our President Dr Warren Blake’s introduction to the JAAA executive was as a drug tester and the Federation has always opposed doping in sports and have consistently fought to eliminate doping in sport."