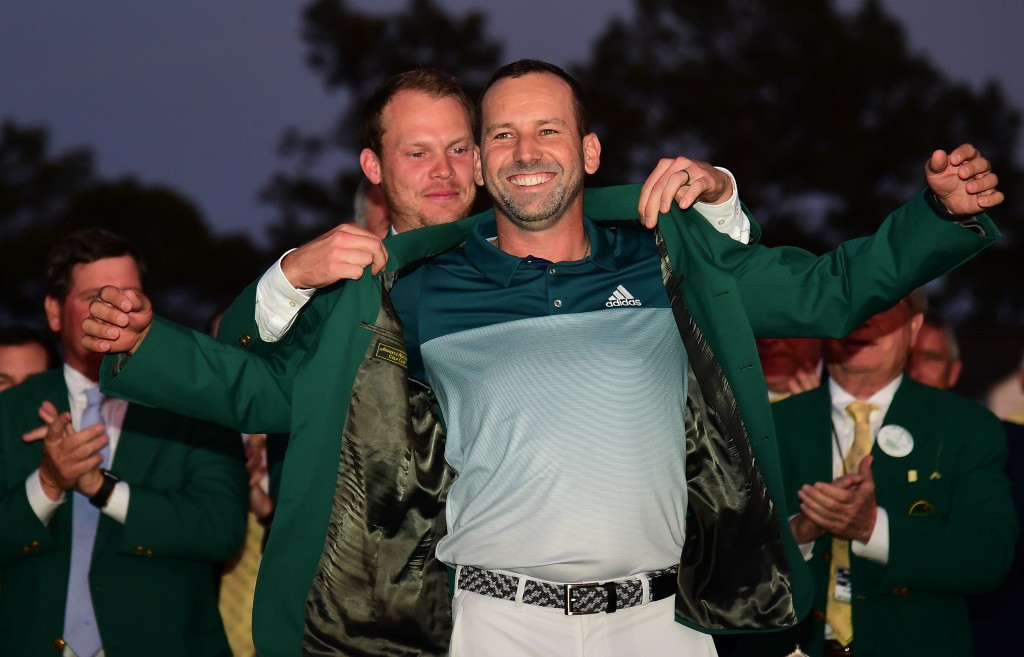 Sergio Garcia of Spain has won the 2017 Masters following a play-off and sensational final round duel with England's Justin Rose at the Augusta National Golf Club.

The lead moved between the pair all day as they traded blows, before the Spaniard clinched the title in the play-off on the 18th hole.

Garcia had a golden opportunity to claim the green jacket with a putt to win on the 18th in regulation, but missed to send the match to the play-off with both players tied at nine-under par.

Following a loose drive from Rose, the 2013 US Open champion and Rio 2016 Olympic gold medallist, Garcia found himself in pole position at the first extra hole.

After Rose could only make bogey, Garcia hit a sublime approach before sinking his first putt to claim the title and the coveted green jacket.

It seemed that Rose would lift the title much earlier in the day following a difficult two holes for Garcia at 10 and 11.

The Spaniard made par on 12 to steady ship before his drive on 13 clipped the trees, forcing him to take a penalty drop.

He somehow managed to save par but Rose capitalised on those errors as the Englishman seemed certain to close in on his maiden green jacket.

A sublime approach shot to the 14th green gave Garcia a chance for birdie, which he took, to stop the rot and cut Rose's lead to one.

Another unbelievable approach at the par five 15 saw Garcia's second shot hit the flag only for it to stop around 10 feet out.

The Spaniard saw his putt for eagle drop, sending the crowd into raptures and Garcia to nine-under alongside Rose, who made birdie.

Garcia put further pressure on Rose with a stunning tee shot on 16, only for the Englishman to reply with a sublime effort of his own, leaving the two men to share pleasantries on the walk to the green.

The pendulum swung back in favour of Rose who holed his putt for birdie to move to 10-under before Garcia saw his move just to the right, making par.

The duo were brought level once again after Rose bogeyed the 17th as Garcia found par, meaning both players were at nine-under heading to the 18th tee.

Rose put his putt just to the right leaving Garcia with a chance to claim the title but he too pushed his right, forcing a play-off.

Both players returned to the 18th tee where Rose found the trees on the right, only for his ball to squirm out in a stroke of fortune, while Garcia found the middle of the fairway.

From the greenery, Rose played safe and chipped back onto the fairway before Garcia stuck his approach shot to within 12 feet to hand himself another shot at victory.

The Englishman missed his putt for par, leaving Garcia with two shots at victory.

The Spaniard only needed one and on what would have been the 60th birthday of Spanish golfing icon Seve Ballesteros, Garcia claimed his first major title.

South Africa's Charl Schwartzel hit four birdies on the back nine to move into third place today on six-under for the tournament.

Kuchar produced a sensational closing round of five-under with the highlight a hole-in-one on the par three 16th.

Rickie Fowler and Jordan Spieth, both of the US, were in the day's penultimate group but both endured poor days.

Fowler hit a four-over 76 to finish the tournament on one-under while Spieth also finished one-under after finishing three-over today.

England's Paul Casey shot a 68 today to finish four-under and, for the third year in a row, within the top ten.

Northern Ireland's Rory McIlroy's hunt for a first Masters win continues after he finished three-under for the tournament following a 69 today.