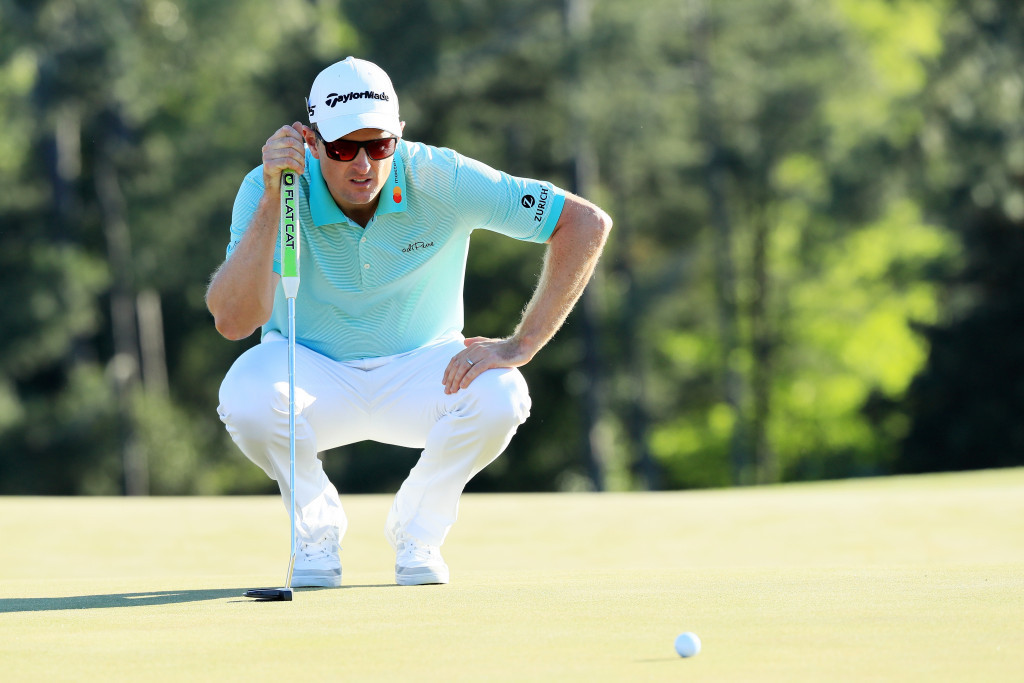 England's Justin Rose shares the Masters lead with Spain's Sergio Garcia after the third round of play at the Augusta National Golf Club.

Both players lie on a score of six-under par for the tournament, with American Rickie Fowler breathing down their necks a shot further back.

Rose enjoyed a surge on day three, which has commonly become known as "moving day" at the opening major of the year.

The 2013 US Open champion and Rio 2016 gold medallist carded a five-under par round of 67 to move to the top of the tournament leaderboard.

Garcia, who began the day as one of four co-leaders, produced a two-under-par round to remain out in front alongside Rose.

He will hope to secure his first major in his 74th appearance.

The duo will be the final pairing to take to the course tomorrow, but the Europeans will come under significant pressure from a growing cast of Americans.

Currently Fowler is the closest to the duo, with the American scoring four birdies and three bogeys during his third round, leaving him a shot adrift.

Jordan Spieth is now ominously poised behind the front-runners, as the American continues to produce a remarkable recovery after ending the first day of play 10 shots off the lead.

The 23-year-old now looks on track for a third excellent finish at the tournament, after winning the 2015 edition and ending as the runner-up last year, when he let a five-shot lead slip in the final round.

Redemption could potentially be on the cards, with Spieth one of three players who will head into the final round two shots off the lead.

Having begun the day even, Spieth now lies on four-under par and will look to continue his momentum tomorrow.

The former will be ruing a double bogey on the 16th hole, after finding water, which prevented him from ending the day with a share of the lead.