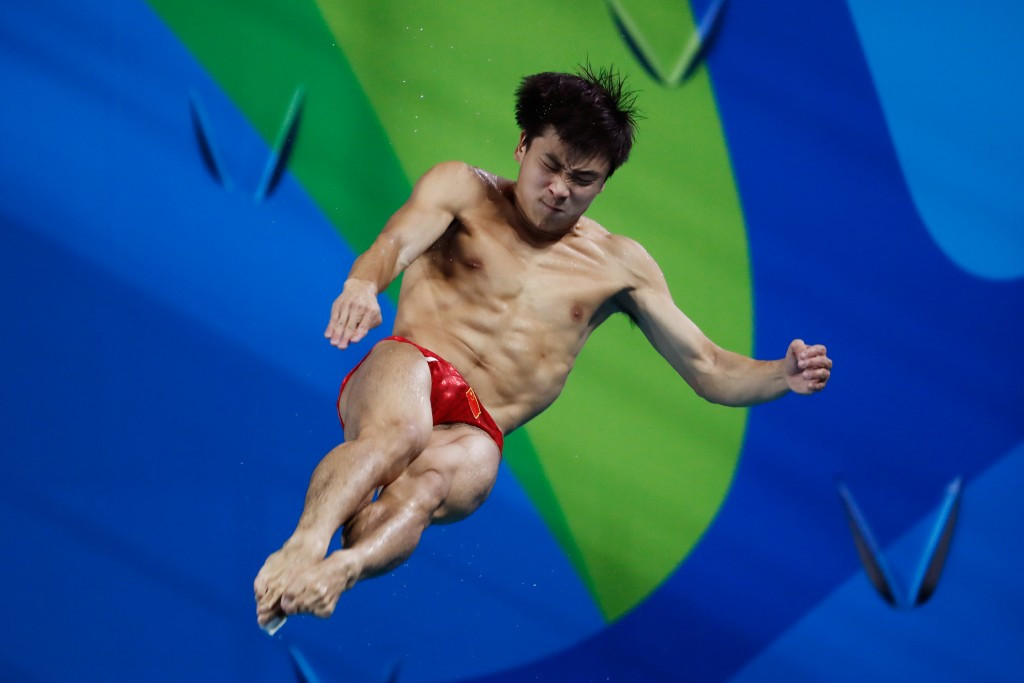 It followed on from their four synchronised gold medals yesterday in the Aquatics Palace.

Cao Yuan continued his domination in the men's 3 metres springboard event by winning with a huge total of 515.40.

Team-mate Xie Siyi pushed him closest with a score of 507.10 for second.

Olympic silver medallist Jack Laugher of Great Britain had to settle for fourth place today on 474.60.

China will look to complete a clean sweep of the Olympic events tomorrow when the men's 10m platform and women's 3m springboard events take place.