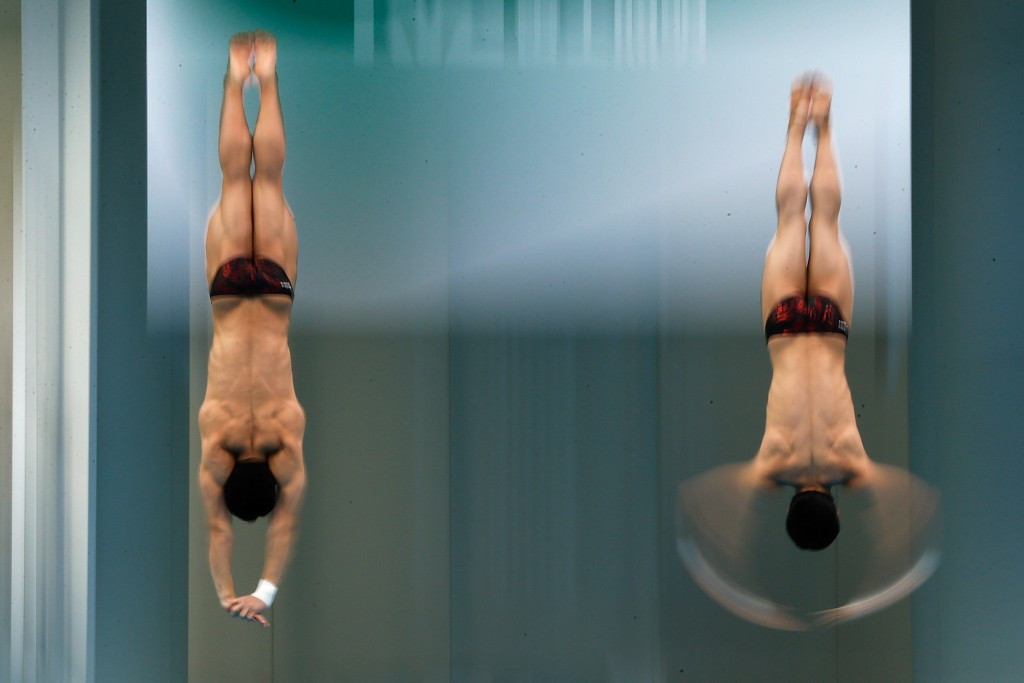 The world's best diving nation dominated the first day of competition in an event encompassing 68 athletes from 12 countries.

Victory in the men's 3 metres synchronised event will have been the sweetest victory given it was the one gold not won by China at Rio 2016.

Cao Yuan and Xie Siyi were too strong today as their haul of 458.82 points comfortably beat British Olympic champions Chris Mears and Jack Laugher by 38.40.

Cai and old partner Qin Kai had to settle for third place at the Brazilian Games.

Russia's Evgenii Kuznetsov and Ilia Zakharov took bronze this time around with 376.83.

Ren Qian and Si Yajie of China won the women's 10m synchronised platform gold with a score of 328.20

Iuliia Timoschinina and Valeriia Belova managed 284.76 for a Russian bronze.

Their score of 462.57 was enough for a comfortable win as a compelling battle unfolded for the minor medals.

Britain's Tom Daley and Daniel Goodfellow finished agonisingly close behind on 406.38 for bronze.

Yang Chang and Shi Tingmao were the day's other winners in the women's 3m synchronised springboard final.

Silver was claimed by Russian duo Nadezhda Bazhina and Kristina Ilinykh, with 309.00.

Esther Qin and Maddison Keeney of Australia managed 289.80 for bronze.

Action is scheduled to continue with individual competitions over the weekend.