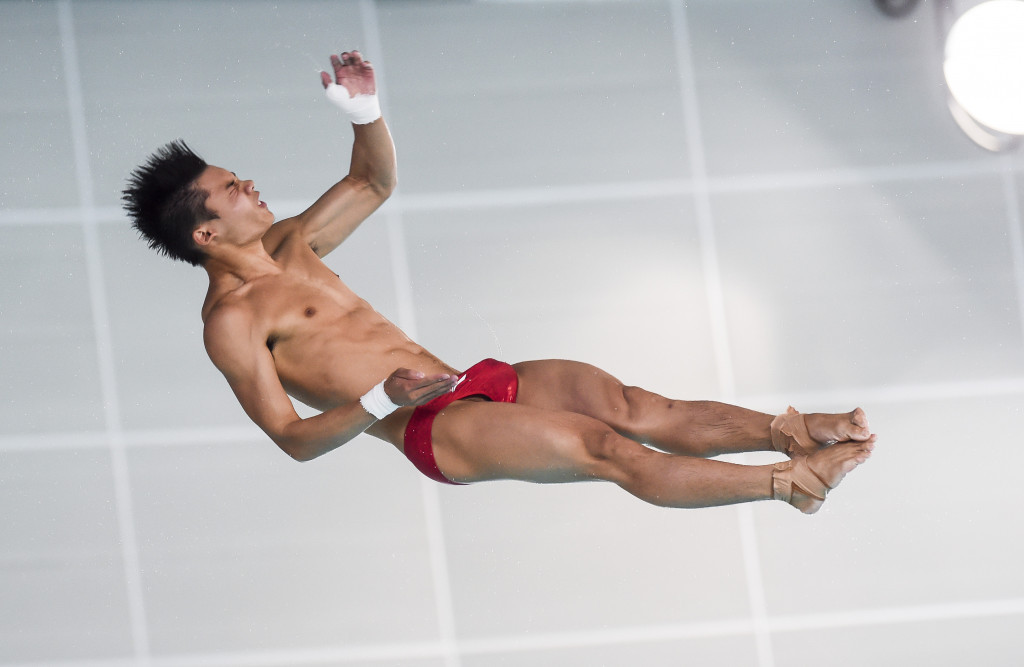 Yang, who won the men's 10m platform synchro title with Chen on the opening day of the event, led the final after five dives and held a 0.25-point advantage over his fellow countryman.

Chen turned it round though with his last attempt, scoring 93.60 points as Yang registered 91.80 for the same dive.

"I have to say it was a real great showdown in the final that all of us performed very well," Chen, the winner of the 10m platform and 10m synchro events at Rio 2016, said.

"I did not expect to win the title since I came back to training less than two months ago and I am now only about 50 per cent to 60 per cent compared to my best form.

"I will continue to take part in the next World Series meet and try my best to find back my techniques and peak form."

"I am very happy because I have not won a gold medal in the big events for a long time," Si, the Rio 2016 silver medallist, said.

"My trade mark is consistency, while my entry is not as good as the Korean girl.

"This gold medal brings me a lot of confidence.

The next stop on the FINA Diving World Series tour is Chinese city Guangzhou, where action is due to take place from March 9 to 11.

China won nine of the 10 titles on offer in Beijing with Britain's Jack Laugher preventing a clean sweep by triumphing in the men's three metres springboard yesterday.