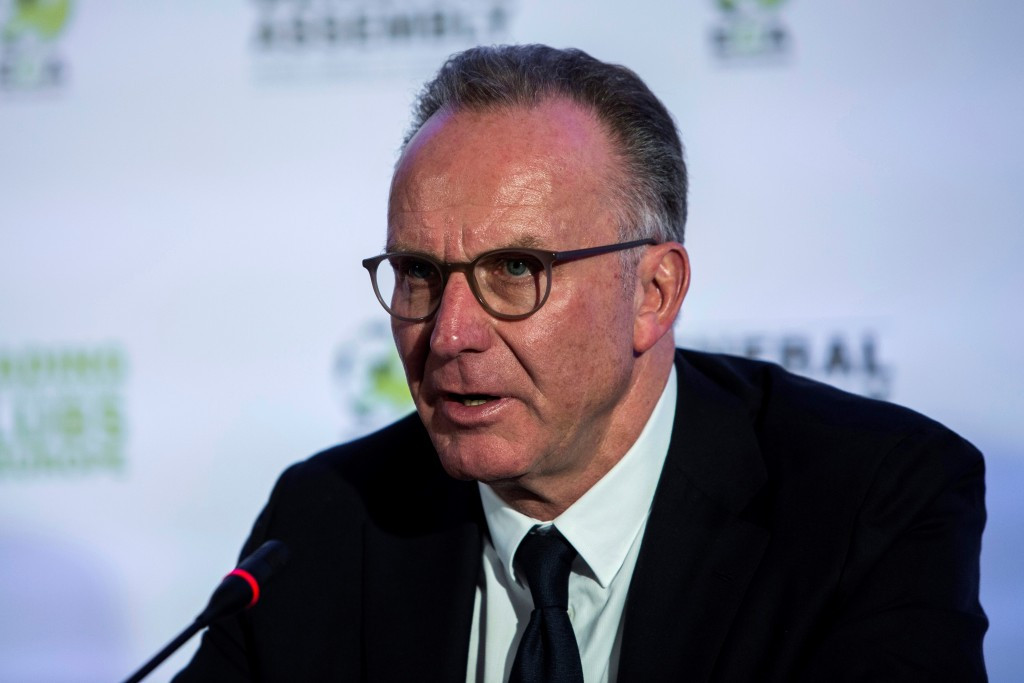 The ECA General Assembly approved changes to the UEFA club competitions, which will come into force for the 2018 to 2021 cycle.

A key change in the Champions League will see the top four nations receive a guaranteed four places in the group stage of the competitions.

Currently Spain, Germany, England and Italy occupy those positions in the rankings, with their teams set to avoid playing in the play-off stage as a result of the move.

It would also mean that half of the 32 team group stage would be made up of teams from these nations.

UEFA’s deputy secretary general Giorgio Marchetti was claimed to have stated that the Champions League must retain its position as the best club competition in the world, with the competition needing an increased sporting value to maintain interest.

“The club competition reform is without a single doubt very good news for all clubs in Europe,” said Rummenigge after the ECA’s 155 member clubs approved the changes in Athens.

“Everyone in European club football, and I am saying this with total conviction, will benefit from this reform.

“It is a fair, qualitative and serious decision that speaks to our solidarity in European club football.

“The reform will make the Champions League more emotional and stronger than ever before.

“I am convinced that we will find a good solution as well for 2021-24, which will further highlight our unity.”

UEFA have claimed that the change will see prize money raise significantly from the competition, while they also state that Europa League distribution money and solidarity payments for clubs taking part in the qualification phases have more than doubled since the 2012-15 cycle.

Marchetti claimed that despite the changes to the Champions League and Europa League, the competitions will remain open to clubs from all associations.

Consultation on the 2021-24 competition cycle has now begun, according to the ECA, with their members presenting and exchanging their views in sessions.

The ECA also stressed their desire for an assessment and review of the international match calendar, with their representatives highlighting their beliefs as part the first FIFA Stakeholders Committee meeting.

They claim creating a more harmonised and balanced international match calendar, will help to reduce the burden on players.

“I was very happy to address ECA members today,” said Zvonimir Boban, who attended the Assembly in his role as FIFA’s deputy secretary general.

“For FIFA it is vital that we liaise directly and openly with clubs moving forward.

“Clubs are a key player in the professional game and need to be listened to.

“Testimony to this is the new FIFA Stakeholders Committee which offers a great platform to exchange our thoughts and ideas to improve the whole of football and the decisions FIFA takes.”

Boban had previously labelled Rummenigge's statement confirming his opposition to the FIFA's expansion of the World Cup from 32 to 48 teams as "nonsense".

Rummenigge had claimed the World Cup should not be expanded because the number of games being played throughout the year has already reached an unacceptable level.