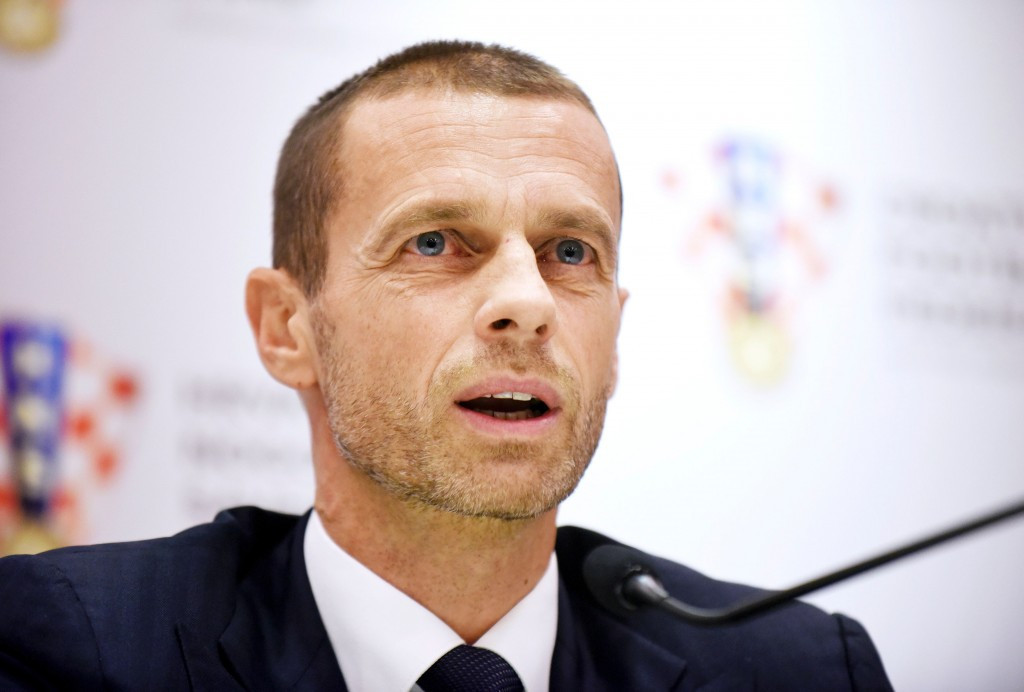 UEFA President Aleksander Čeferin has fired a warning to FIFA counterpart Gianni Infantino over the expansion of the World Cup, demanding the European organisation be given “at least” 16 of the 48 places at the tournament.

In a wide-ranging interview with German newspaper Die Welt, the Slovenian admitted UEFA were initially against the competition growing by an additional 16 teams.

Čeferin, elected as the replacement for the disgraced Michel Platini last September, added they had “no choice” but to agree to the proposals so they “decided to fight for as many European places as possible”.

The expansion of the World Cup from 32 to 48 nations was officially approved by FIFA’s ruling Council during a meeting in Zurich last month, with the change due to come into effect from the 2026 tournament onwards.

“The idea behind the increase is likely to favour the Asian and African football,” he said.

“More than 13 European participants will not be there.

“The quality happens to be in Europe and South America.

“We demand a minimum of 16 places, which would be the worst scenario.”

Under the new format, the 48 teams would be split into 16 groups of three, with the top two progressing to the 32-nation knockout round.

Participating countries would also only play a maximum of seven matches, as is the case in the current structure, reducing the potential effect on club sides, although the move has been fiercely criticised.

European Club Association (ECA) chairman Karl-Heinz Rummenigge, the former Germany international and Bayern Munich chairman was one of the leading critics, claiming the number of games being played throughout the year has already reached an unacceptable level.

Others have voiced concerns over whether it will dilute the quality of the World Cup, FIFA’s quadrennial showpiece and largest money-earner.

Čeferin said he had met a “few times” with Rummenigge and admitted they are on the same page in terms of the expansion of the tournament.

“Look, we do not want to be arrogant, but in terms of quality, sales - Europe is number one,” he said.

“We are not simply a continental union.

"You cannot simply override us every time.

“If this happens, there might be serious problems between FIFA and UEFA.

“But FIFA knows this, and that is not going to happen.”

Asked whether Infantino had forgotten the power within European football, the Slovenian lawyer added: “Put it this way - he should not forget it.

Čeferin, who was a relative unknown until his election as UEFA President, also blasted suggestions from Dutch legend Marco van Basten concerning radical changes to the game, including the abolition of the offside rule.

The scrapping of extra-time, the introduction of ice hockey style penalty shoot-outs and changing matches to four quarters were also mooted by the FIFA technical director.

“We need no revolution, because the game has been fantastic,” Čeferin said.