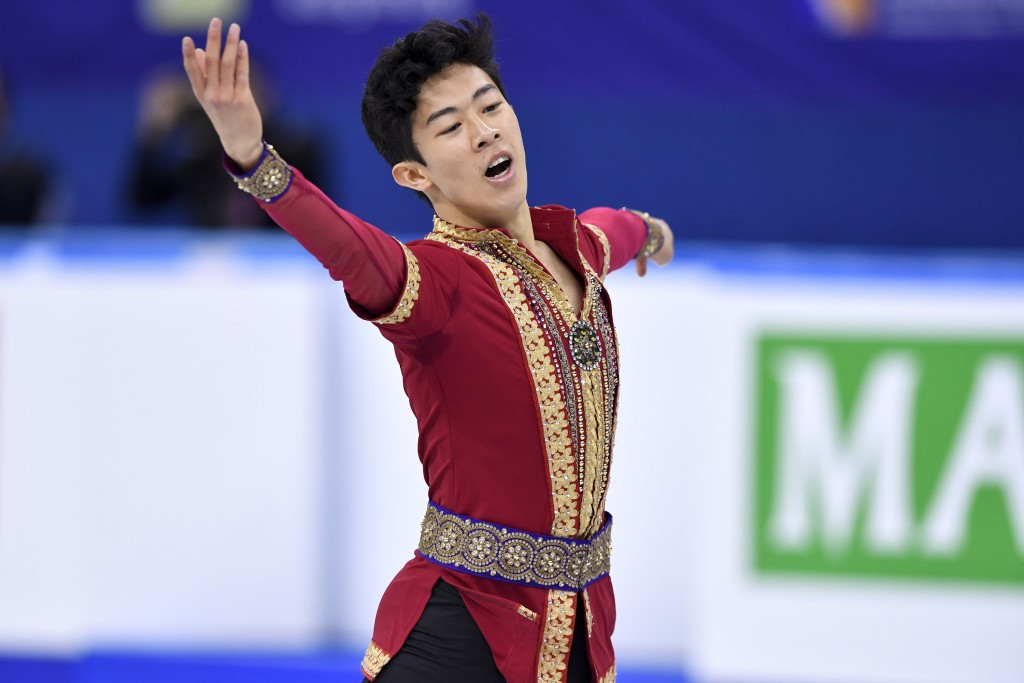 Nathan Chen of the United States was victorious in the men's singles competition at the International Skating Union (ISU) Four Continents Figure Skating Championships at the Gangneung Ice Arena today.

Chen skated to victory while Yuzuru Hanyu of Japan moved up from third to claim silver and Shoma Uno, also of Japan, took bronze.

The American finished in first place in the short programme on Friday with a score of 103.12 points and cemented his place at the top of the leaderboard today.

Performing to “Polovtsian Dances”, Chen pulled off a quad Lutz-triple toe, quad flip, quad toe, quad toe-double teo and a quad Salchow, as well as a triple Lutz, during his routine.

The ISU Grand Prix of Figure Skating Final silver medallist earned a level four for his spins and footwork and set a new personal best of 204.34 today to give him 307.46 overall, which proved enough to win the title in his debut at the Four Continents Championships.

Chen became the first skater to land five quads in an international competition.

"This is the first championship event that I’ve won.

"I had a good lead coming out of the short programme, which really benefited me in the long program.

"I tried five quads today and I landed three of the five solidly.

"It’s great to be at the Olympic venue and I really enjoyed my time here."

Hanyu, who stood in third following the short programme, performed a quad loop, Salchow and two quad toes as well as two triple Axels in his performance.

The Sochi 2014 Olympic Champion picked up a seasons best of 206.67 and won the free skating element of the competition but his performance in the short programme cost him as he finished on a total of 303.71.

Uno opened his Argentine tango programme with a quad loop and followed up with a quad flip, quad toe-double toe as well as two triples.

However, he fell on both triple Axels and the first quad toe was wobbly which ultimately cost him.

The 2015 World Junior Champion scored 187.77 and an overall total of 288.05 to take his first senior ISU Championship medal.

Defending Four Continents Champion Patrick Chan of Canada failed to retain his title and took fourth on 267.98 after falling on two jumps.

The Championships, which were acting as a Pyeongchang 2018 Winter Olympic test event, is only open to skaters from Asia, Africa, the Americas and Oceania.