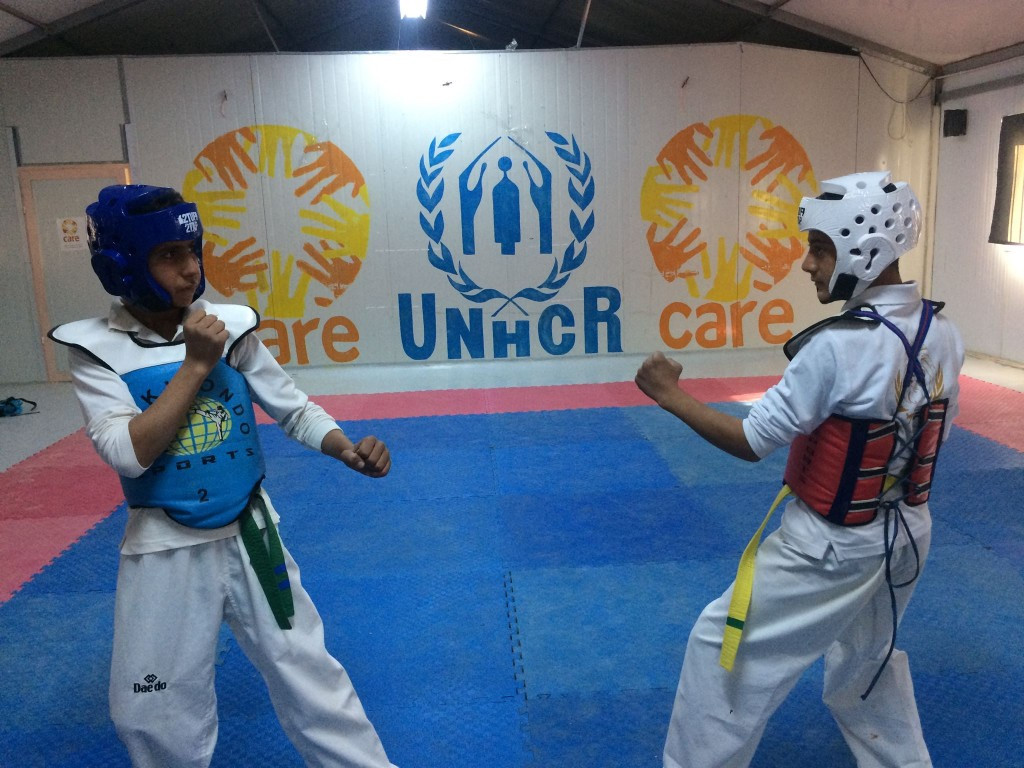 A mini-competition was held for Taekwondo Humanitarian Foundation (THF) students who live at the Azraq refugee camp in Jordan.

Coaches at the THF Academy at the camp put the youngsters through their paces with World Taekwondo Federation (WTF) branded medals handed out.

It gave the youngsters the experience of a competitive environment with the chance to "feel a medal" for the first time boosting their confidence.

Other projects are underway in Jordan as well as in Turkey and Nepal.

Plans are also in place for Rwanda, Ethiopia and Colombia.

WTF President Chungwon Choue officially announced his plan to establish the THF in his speech at the UN headquarters in New York City on the 2015 United Nations International Day of Peace.