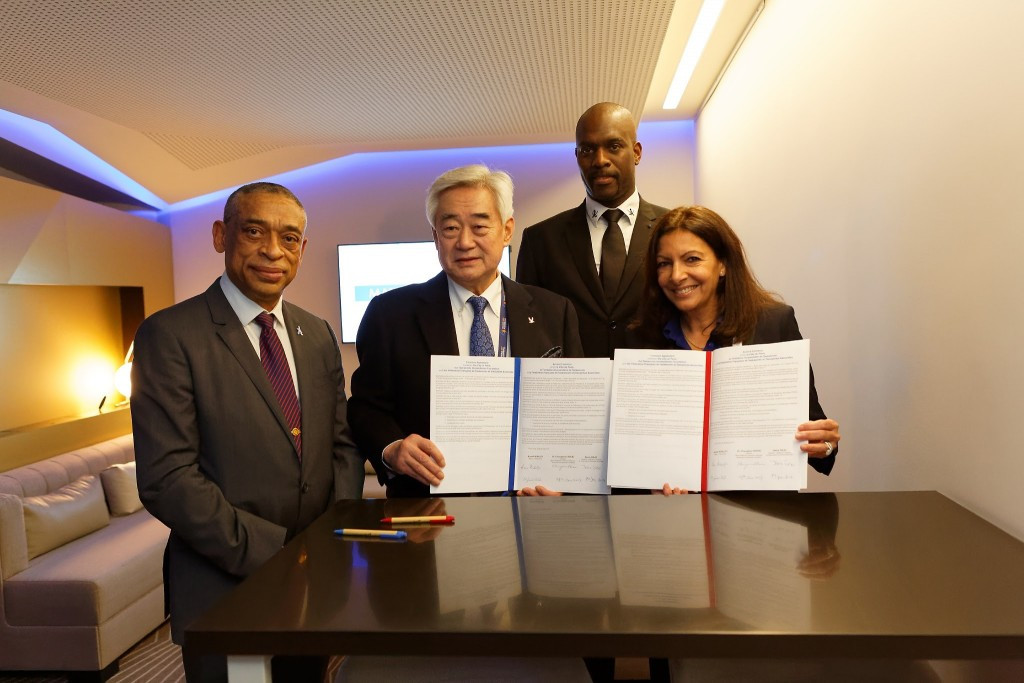 An agreement has been signed by the Taekwondo Humanitarian Foundation (THF), the City of Paris and the French Taekwondo Federation (FFTDA) with the aim of empowering refugees and displaced people.

Under the terms of the partnership, the parties will aim to provide opportunities to refugees and access to the sport of taekwondo in Paris.

The French capital was also named as a THF Ambassador City by World Taekwondo Federation (WTF) President Chungwon Choue, who spearheaded the launch of the THF.

During Choue's stay in Paris, he visited a Humanitarian Aid Centre with Paris deputy mayor Jean-Francois Martins, who is in charge of sport and tourism in the city.

A "Discovery Workshop of Taekwondo" took place at the Centre, which was opened last November.

Financed by the City of Paris and the French State, the facility is operated by 120 professionals who have received special training by Emmaüs Solidarité, a non-profit organisation which seeks to aid the homeless and those in poverty.

More than 4,500 refugees from from Sudan, Afghanistan, Somalia, Eritrea and other countries have been visited the centre, which can accommodate 400 people for 10 days.

The centre aims to offer a dignified, humane shelter, as well as food, sports equipment and medical care.

The THF are hopeful of helping the centre, with their mission aimed at empowering refugee children by teaching them taekwondo.

The WTF and THF are already operating a taekwondo academy in a CARE facility in the Azraq camp for Syrian refugees in Jordan.

Taekwondo training programmes are also being run in Nepal and in Turkey, with other projects set to be launched in Rwanda, Ethiopia and Djibouti later this year.