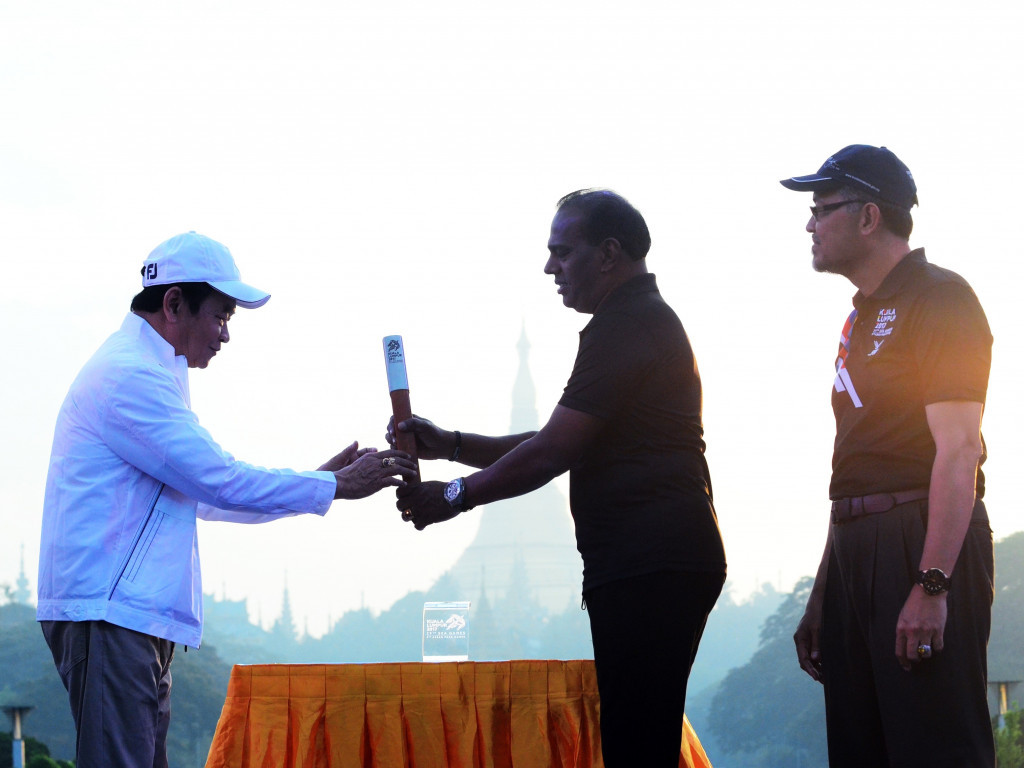 Yangon, the largest city in Myanmar with a population of more than five million people, has staged the third leg of the Kuala Lumpur 2017 Southeast Asian Games (SEA) "Rising Together" Baton Run.

The Yangon leg is the latest stop on the tour which has seen the festivities also visit Brunei, The Philippines and Laos.

The fourth stage in Yangon began at the city's People's Park with Datuk M. Saravanan, the Malaysian Deputy Minister of Youth and Sports, passing the baton to Dr. Myint Htwe, the Myanmar Minister of Health and Sports, to signal the start of the run.

Amid live music and gymnastics performances by school children, the baton was then passed to the first runner Sann Naing.

Naing competed at the Rio 2016 Olympic Games but failed to advance from his heat in the men's 5,000 metres event.

Boxer Wailin Aung, a 2013 SEA Games gold medallist on home soil in the under-75 kilograms category, then took up the baton at Kyartawa junction, next to the Shwedagon Pagoda, until the Aung San Memorial Stadium.

Taekwondo player Yamin Kay Khaing, another SEA Games gold medallist in the women’s poomsae competition, then ran to the next checkpoint.

Para-athlete Kyaw Kyaw Win was left to complete the 11 kilometres course back to the finish line at People's Park.

Win won Myanmar's first gold medal at the Association of Southeast Asian Nations (ASEAN) Para Games in 2015 in Singapore, by setting a new Games record in the men's 400m T44.

At the finish line, Htwe passed the baton back to Saravanan, who then handed it to His Excellency Jukr Boon-Long, the Ambassador to Myanmar from Thailand.

"I believe this baton run has made Malaysia a consistent trend setter from the region, I hope that this tradition will be continued to the next Games in 2019," said Saravanan.

"There is a definite competition amongst countries taking part in the baton run and this has been obvious from Brunei to Manila and from Laos to Yangon now.

"It's a healthy competition and this augurs well with the message of wanting everyone to get involved with the SEA Games and not just the athletes."

Thailand will be the next venue of the Rising Together Baton Run on April 1.

The event is set to cover all countries taking part in the Games and the ASEAN Para Games which will follow.

Action in Malaysia's capital will take place from August 19 to 31 this year.