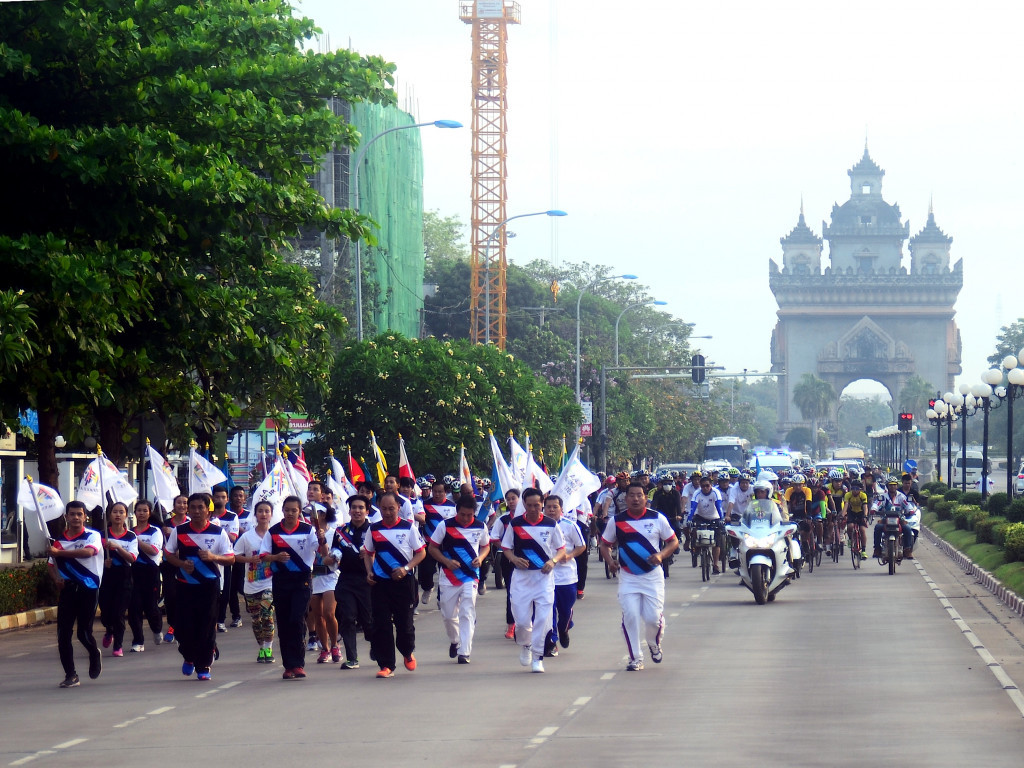 Vientiane, the capital city of Laos, has staged the third leg of the Kuala Lumpur 2017 Southeast Asian Games (SEA) "Rising Together" Baton Run.

Following on from Brunei and The Philippines, where the first and second legs took place respectively, more than 3,000 participants were involved.

"The Baton Run has given a feel-good factor to the promotion of the Games which Malaysia will host," said Saravanan Murugan, the Malaysian Deputy Minister of Youth and Sports.

"After the third stage of the Baton Run, it has given us a lot of confidence for the overwhelming success of this event."

The gold-covered Buddhist Stupa in the centre of Vientiane was the starting point, with Murugan passing the baton over to Her Excellency Sengdeuane Lachanthaboune, the Lao Minister of Education and Sports.

The first set of runners took the baton towards the Patuxay, a war monument built in the 1960s to mark the country's independence from France.

From there, the baton was carried to the National Cultural Hall with footballers and pencak silat athletes leading the way.

The third checkpoint saw the baton passed to a group of boxers and table tennis players as they led the runners to the Presidential Palace.

The last leg of the 10 kilometres run saw Her Excellency Somphou Phongsa, the secretary general of the Laos Olympic Committee, taking part alongside a group of Para-athletes, Lao national wrestlers and track and field athletes.

The relay finished at the Chao Anouvong National Stadium.

Those in attendance at the finish included representatives from the embassies of Indonesia, Myanmar, Singapore, Thailand and Vietnam.

"We are very appreciative of this gesture from Malaysia to initiate the Rising Together Baton Run as it invigorates the community for the SEA Games this year," said Boulan Silipanya, the Lao vice-minister for education and sports.

"On behalf of the people of Laos, it is an honour to be a part of this programme."

The Baton Run is set to cover all countries taking part in the Games and the Association of Southeast Asian Nations (ASEAN) Para Games which will follow.

Action in Kuala Lumpur will take place from August 19 to 31 this year.