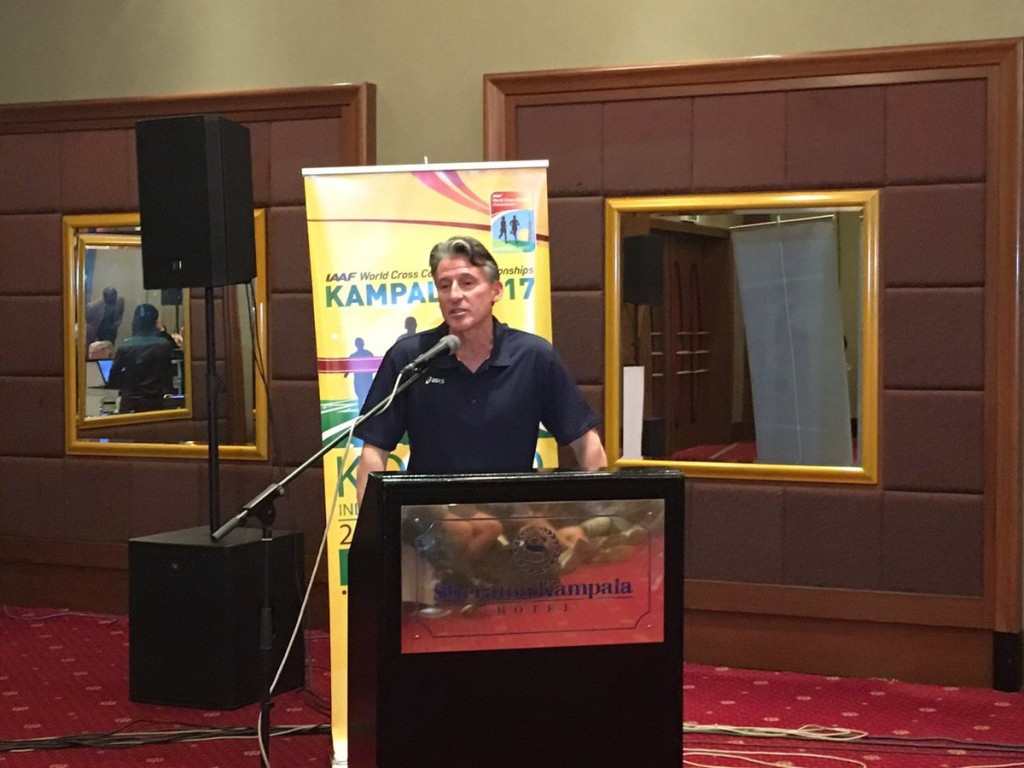 The four-strong Athletes Refugee Team due to take part in tomorrow’s International Association of Athletics Federations’ (IAAF) World Cross Country Championships in the Ugandan capital of Kampala has been unable to make the trip because administrative problems, it was revealed at today’s pre-event press conference.

Sebastian Coe, the IAAF President, said the absence of the quartet was due to “document difficulties”.

He added that all efforts would be made to ensure that the refugees, whose Chef de Mission Tegla Loroupe, Kenya’s former world marathon record holder who established a Peace Foundation in her name, was sitting alongside him, are represented at future IAAF World Athletics Series events.

“We were hoping to have the refugee team here but because of document difficulties it hasn’t been proved possible,” Coe said.

“We will be doing everything we possibly can to have that refugee team represented and be with us at the IAAF World Relays in Bahamas in a few weeks’ time.

“Tegla came to the IAAF a few years ago with the concept that wherever possible, that the sport should reach out to challenged communities.

“I take great pride that it was the IAAF that initially funded and saw the vision sitting behind Tegla’s foundation. Had it not been for that initial work we would not have been celebrating the refugee team in Rio last year.”

Loroupe, who acted in the same role for the Refugee Olympic Team at the Rio 2016 Games for athletes who had been jointly assisted in training by her Foundation and by the International Olympic Committee (IOC), commented that it was disappointing not to have the four runners at the championships.

“It’s really sad because the athletes had prepared but I hope next time our government will understand that this are the athletes who come from difficult situation and when they go to compete they will not stay in that country, they will go back to training camp," she said.

"I really want to thank the IAAF for helping us with the refugee communities, knowing that one day they will be participating in this event.

“As you all know it is difficult for refugees to travel.

“But we are not discouraged.

“The IAAF has given great solidarity to the refugee athletes.

“It’s all about using sport to bring our people together and (the IAAF) have given us the opportunity to show that the person who is a called a refugee is not a bad person.

“That they are not bad people, but that they are people who can contribute to society and to sport.”

A total of 557 athletes from 59 countries have arrived to take part in the action at the Kololo Independence Ground.

Prize money for the championships totals $310,000 (£249,000/€287,000) and the competition will see the debut of the mixed relay race involving two men and two women over a two kilometre circuit – the event in which the refugees were to have taken part.

“The quality of performances you will see tomorrow absolutely and quintessentially exemplifies the fact that this is a truly global sport,” Coe said at the press conference.

“It’s a big moment for Uganda because it’s the first time the country is hosting a world athletics series event.

“It’s a big moment for Africa, because bringing our championships here was one of my commitments and was echoed amongst my Council colleagues.

“There’s no greater heartland for that talent and that passion than Africa for these cross country championships."

Kenyans Geoffrey Kamworor and Agnes Tirop will defend their men’s and women’s individual titles as their country seeks to regain its dominance in terms of team events from close rivals Ethiopia.