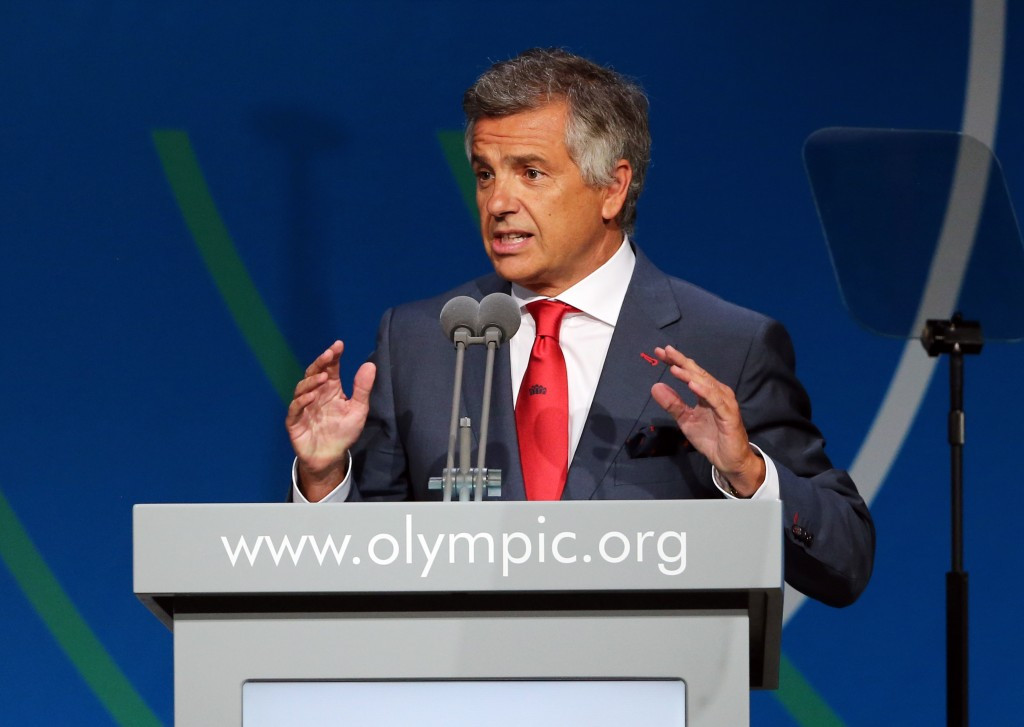 International Olympic Committee (IOC) vice-president Juan Antonio Samaranch Jr has insisted that a joint awarding of the 2024 and 2028 Games will only take place with the full "consensus" of Los Angeles and Paris.

Speaking at a media event held in Madrid today, Samaranch also denied claims that corruption is one of "many problems" facing the IOC.

A working group was set-up by IOC President Thomas Bach last week in order to consider the possibility of awarding both the 2024 and 2028 editions of the Olympic and Paralympic Games at this year's IOC Session in Lima scheduled for September 13.

The Californian city and the French capital are the only bidders left in what was originally a five-horse race before the withdrawal of Hamburg, Rome and Budapest.

It is seen as a means to avoid disappointing either city and to ensure mid-term stability for the event.

Both bidders, however, have repeatedly insisted that they are only interested in the 2024 event.

Concerns have also been expressed on the dangers of changing the process midway through and about alienating other cities considering a 2028 bid.

Samaranch, one of four individuals chairing the panel along with fellow vice-presidents John Coates of Australia, Uğur Erdener of Turkey and Yu Zaiqing of China, claimed that ongoing Olympic bidding reforms will benefit repeat contenders such as Madrid.

"It [a joint awarding] is not decided, but neither is it off the table," the Spaniard was quoted as saying by the EFE news agency.

"If it were to go that way, it would be with the consensus of both cities.

"First [priority] is to change the selection system and then we will see if it can be applied to the current process, with absolute consensus."

Madrid finished third in the election for the 2020 Olympic and Paralympic Games behind Istanbul and winners Tokyo.

The Spanish capital also finished third in the 2012 race won by London and second in the 2016 contest won by Rio de Janeiro.

If both Games are awarded this year, then Madrid would not be able to bid again until the 2032 edition.

Samaranch claims the city would benefit from reform, though, due to a possible plan to reduce costs for repeat contenders.

He insisted the IOC needed to reduce the costs and better communicate the benefits it can have on a host city.

"Why is it so difficult for us to get the message out that the Games are something positive?

Another problem cited was the "public perception that it is a risk to devote resources to the Games rather than to other social projects".

"There are populist movements throughout the Western world, of all colours, that with a small social base and a high mobilisation are modifying the agendas," Samaranch added.

"It is a reality.

"We are doing the Games in Asia and this is something because the West is self-imposed not to make the Games for an inability to respond to that no movement."

Samaranch, however, defended the current voting system in which IOC members cast their ballot anonymously.

"The grace of the IOC is its independence from political power, it's what kept us alive," he added.

"This can only be maintained if the IOC members vote is a secret, otherwise we become the United Nations."

The 57-year-old, whose father served as IOC President between 1980 and 2001, also acknowledged that the body face "many problems", but made it clear "corruption is not one of them now".

"There were problems in the past and they were cleaned up," he added.

Namibia's former sprinter Frankie Fredericks relinquished all IOC responsibilities, including chairing the Evaluation Commission for the 2024 campaign, as he seeks to clear his name.

Fredericks, an IOC member since 2004, was linked to payments made by Brazilian officials before Rio de Janeiro was awarded the 2016 Olympics in 2009.

A French police probe into Senegal's former IOC member and International Association of Athletics Federations President Lamine Diack is also looking into these claims, as well as similar allegations surrounding the successful bid from Tokyo 2020.

It is thought to mark the most significant suggestions of IOC bidding foul-play since 10 IOC members were expelled and another 10 were sanctioned in 1998 in connection with bribery claims surrounding Salt Lake City's successful bid for the 2002 Winter Olympics.