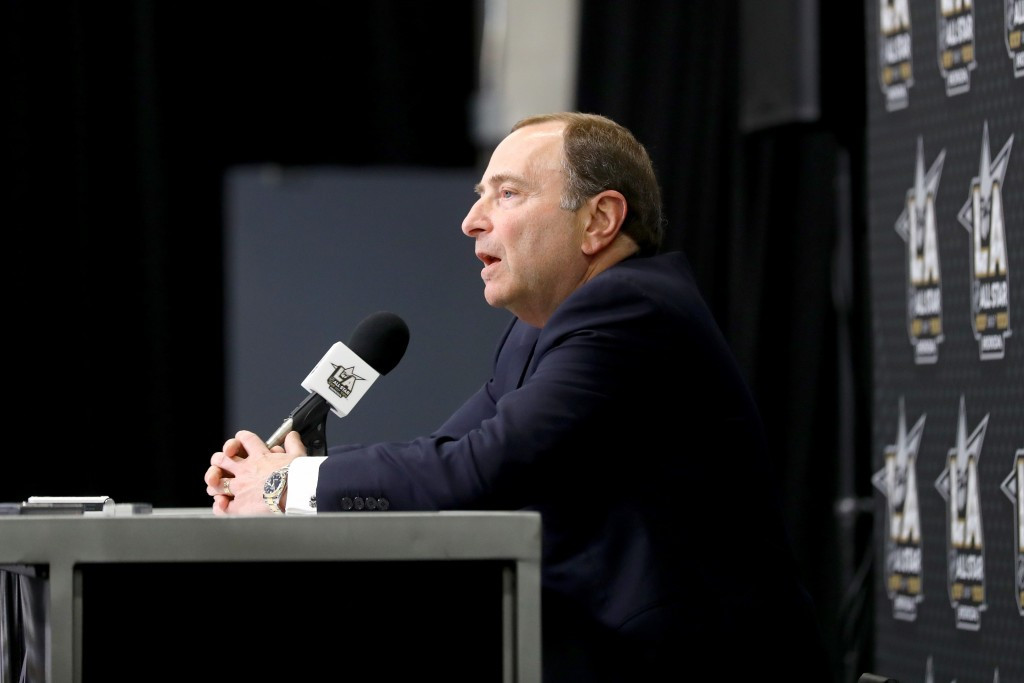 Gary Bettman, the National Hockey League (NHL) commissioner, has said "people should assume" the league will not be sending its players to the Pyeongchang 2018 Winter Olympic Games.

As it stands, no players from the world's leading league will be officially cleared to participate after negotiations stalled between the NHL, the NHL Players' Association (NHLPA), the International Ice Hockey Federation (IIHF) and the International Olympic Committee (IOC).

Bettman has accused the IOC of opening a "can of worms" by refusing to pay and claimed earlier this month that there had been "no progress".

“The point is I was trying to emphasise the fact that this is terribly disruptive to our business and there seems to be no offsetting way to mitigate that disruption.

“I’ve suggested why don’t you treat us like a top sponsor.

“If they don’t value our participation why are we going.

“There are no negotiations ongoing.

“We were open to having discussions on a variety of things that might mitigate the damage to our season but that had no resonance.

“As things stand now people should assume we are not going.”

Czech Republic and Philadelphia Flyers player Jakub Voráček is among those to criticise the deadlock in recent weeks, accusing the NHL of taking a "ridiculous" stance.

René Fasel, President of the IIHF, has warned that the NHL cannot pick and choose and risk never returning if they opt not attending next year.

"I consider Gary Bettman as a smart person so he knows that not coming here would then put in danger participation in Beijing." Fasel said.