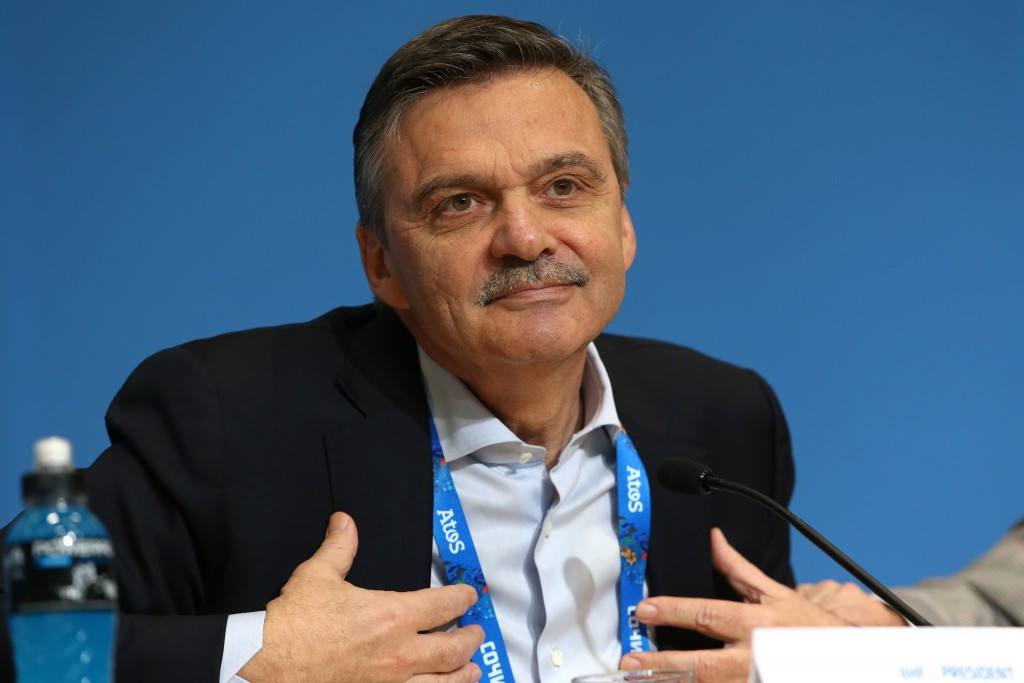 A decision on National Hockey League (NHL) players participation in the Pyeongchang 2018 Winter Olympics is likely to be made next month, according to International Ice Hockey Federation (IIHF) President René Fasel.

The participation of players from the league has been an ongoing dispute, with negotiations proving particularly fractious because the International Olympic Committee (IOC) have opted to stop covering the cost of transportation and accommodation fees as they previously had.

NHL commissioner Gary Bettman has expressed his indifference towards the IOC, accusing them of opening a "can of worms" by refusing to pay.

Bettman has also voiced his opposition to plans from Fasel to source the required finances to help send NHL players to the Games.

NHL officials are also worried about the potential impact on their league, which would have to shut down for two weeks should the players be allowed to compete in Pyeongchang.

Speaking on the IIHF website, Fasel stated that it is likely a decision would need to be made by the NHL and the NHL Players’ Association (NHLPA) in March, but he would not give them a firm deadline.

“Yesterday we held a conference call with the IIHF Council and representatives from each of the participating teams in the men’s tournament,” Fasel stated.

“The majority of this group felt that the NHL will likely need to decide during the month of March because of their scheduling needs for next season.

“We also know that the European leagues and clubs need clarification as well on that important question before the end of the current season.

“However, we do not feel at this time that it would be constructive to set a hard deadline for the NHL and NHLPA to confirm their participation.”

Players from the NHL have participated at every edition of the Winter Olympics since their debut appearance in Nagano in 1998.

Although a resolution appears a long way off, a deal for NHL players to compete at Sochi 2014 was only agreed seven months before those Games.

IOC President Thomas Bach is among those calling for a solution and recently met with representatives from both the IIHF and NHL during a "courtesy visit" to the latter’s headquarters.

Fasel believes the IIHF have been able to clarify several issues in recent meetings with the NHL, particularly regarding issues surrounding travel and insurance.

“I had the opportunity to speak with some of the NHL owners and former NHL players during the All-Star Weekend, and also with representatives of the NHL and NHLPA a week later in New York,” Fasel continued.

“We came out of these discussions with a clear comprehension of the issues at play.

“We did our homework ahead of our meeting in New York and were able to clarify many of the open questions that the owners and the Players’ Association had, especially relating to the questions of payments for insurance and travel.

“To be clear, we were able to devise a financial framework that will cover these payments without drawing funds away from the IIHF’s development programmes or those of our member national associations.”

The IIHF President also stated that the format of the competition would remain unchanged should an agreement not be reached with the NHL.

Alan Ashley, the United States' Chef de Mission for the Pyeongchang 2018, stated earlier this week that the country has made a "plan B" in the extent NHL players do not compete in the men’s ice hockey tournament.