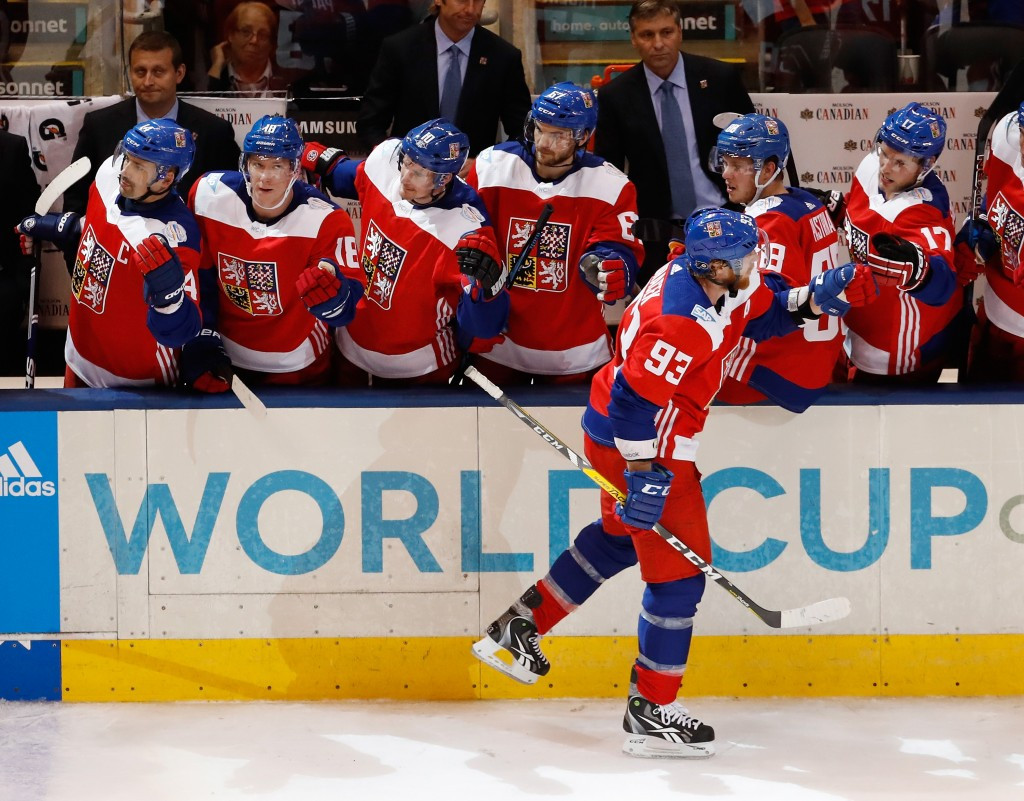 Czech Republic and Philadelphia Flyers star Jakub Voráček has criticised the National Hockey League (NHL) for its failure to so far agree a deal to participate at next year's Winter Olympics here.

As it stands, no players from the world's best league will be officially cleared to participate after negotiations stalled between the NHL, International Olympic Committee (IOC) and International Ice Hockey Federation (IIHF).

Previous Winter Olympics have also had issues in reaching an agreement for NHL player participation, but the IOC's decision to stop covering transport and accommodation fees has proved to be a stumbling block for Pyeongchang 2018.

NHL commissioner Gary Bettman has accused the IOC of opening a "can of worms" by refusing to pay and insisted last week that there had been "no progress".

Player power could still be a decisive factor and Voráček said many want to feature at the Olympics.

"It's stupid and I find it absolutely ridiculous," the winger, part of a world title winning team in 2010 before participating at Sochi 2014, told CSN Philly.

"We have it once every four years.

"I read something that [NHL deputy commissioner] Bill Daly said, 'We're not going'.

"Nobody wants you to go, the players want to go.

"Why you're [sic] saying you're not going?

"You're not part of the players association, nobody wants you there, they want the players."

Some players, including Russia and Washington Capitals star Alex Ovechkin, having already vowed to participate regardless of whether the NHL gives them permission.

This stance has been supported by Capitals owner Ted Leonsis, although it is unknown whether others would be similarly willing.

Having some players head out to Pyeongchang 2018 and others stay in North America could also throw up problem for NHL bosses as it could give teams who do not lose their best squad members an advantage.

Voráček claimed this is not something which many players are thinking about.

"It's not just about business, you want to be part of the Olympics," Voráček said.

"And trust me, players want to go.

"And the players who don't go get a week off to recharge their batteries, if you have bumps and bruises, you can heal and recover.

"I want to see how you are going to hold [Alex] Ovechkin back, the Russian players, tell them they can't go."

Evgeni Malkin, another Russian star, who plays for the Pittsburgh Penguins, has stopped short of so far demanding to participate but has spoken of his desire to feature.

He told Russia's official news agency TASS that players should hold a meeting with club representatives to reach an agreement.

"I do not want to think about it," he added when asked what he would do if no deal was reached.

"I am sure that the players union and the League will come to an agreement on the Olympics.

"This event happens once every four years, it is too important for many athletes, and it simply can not be missed."

Many players have remained quiet on the issue, but several North Americans have also expressed their desire to compete.

"I think it would be disappointing [to miss the Olympics]," said Canada's two-time champion and Boston Bruins star Patrice Bergeron.

"I think it's the biggest sporting event in the world.

"As an athlete you want to participate."

NHL team-mate David Backes, a member of two United States Olympic teams, added: "Representing my country in doing what I do for a living was exhilarating and one of the proudest moments I’ve had in the game.

"Whether I’m able to go or not, I think that next generation deserves that opportunity."