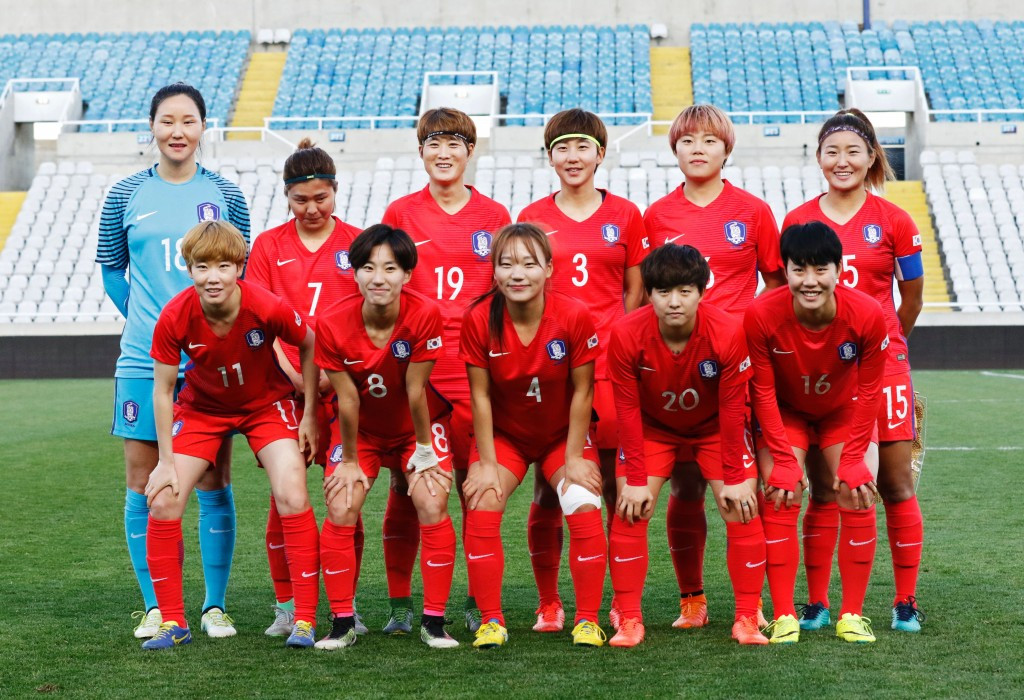 The South Korea government has sought assurances that North Korea will guarantee the safety of their football players when they take part in Asian Football Confederation (AFC) Women's Asian Cup qualifying matches next month.

The games are due to take place in the North Korean capital of Pyongyang between April 3 and 11, with the Korean rivals due to meet on April 7.

All trips from South Korea to their neighbours must be signed off by the Seoul Government.

The countries are still technically in a state of war after their conflict ended in a truce and not a peace treaty.

If the move goes ahead, it would mark the first time that the two Korean nations have met in a competitive football match in Pyongyang.

Previously, the two sides had only played in friendlies in the North's capital.

Joining North and South Korea in Group B of the Women's Asian Cup qualifying stage are Uzbekistan, Hong Kong and India.

Earlier this month, Malaysia's 2019 Asian Cup qualifier away to North Korea was postponed by the AFC due to "escalating diplomatic tension" between the two countries.

The Football Association of Malaysia (FAM) had asked the AFC to move the match, scheduled for March 28, as a result of security concerns.

Malaysia's Government had banned players from travelling to North Korea, putting the staging of the match in jeopardy.

The decision came from Malaysia after North Korean Ambassador Kang Chol was expelled from the country for criticising the investigation into the death of Kim Jong-nam, the exiled half-brother of North Korean leader Kim Jong-un.

Kim was killed at an airport in Kuala Lumpur last month and eight North Korean suspects have been identified.

The AFC Competitions Committee has decided to postpone the match and said in a statement that a new date for the game would be announced in due course.

A safety warning has also been issued to South Korean football fans travelling to China for tomorrow's World Cup qualifier amid security concerns as a result of the current tension between the two countries.

Around 200 supporters are expected to make the trip, but the South Korean Embassy in China has urged fans to take caution.

It comes as strained relations between China and South Korea over the former's deployment of the Terminal High Altitude Area Defence system, which could be used to shoot down missiles aimed at the latter country.

Chinese officials have always objected to such systems being deployed near its borders, while South Korea and the United States believe it is essential given heightened fears of provocation in North Korea.