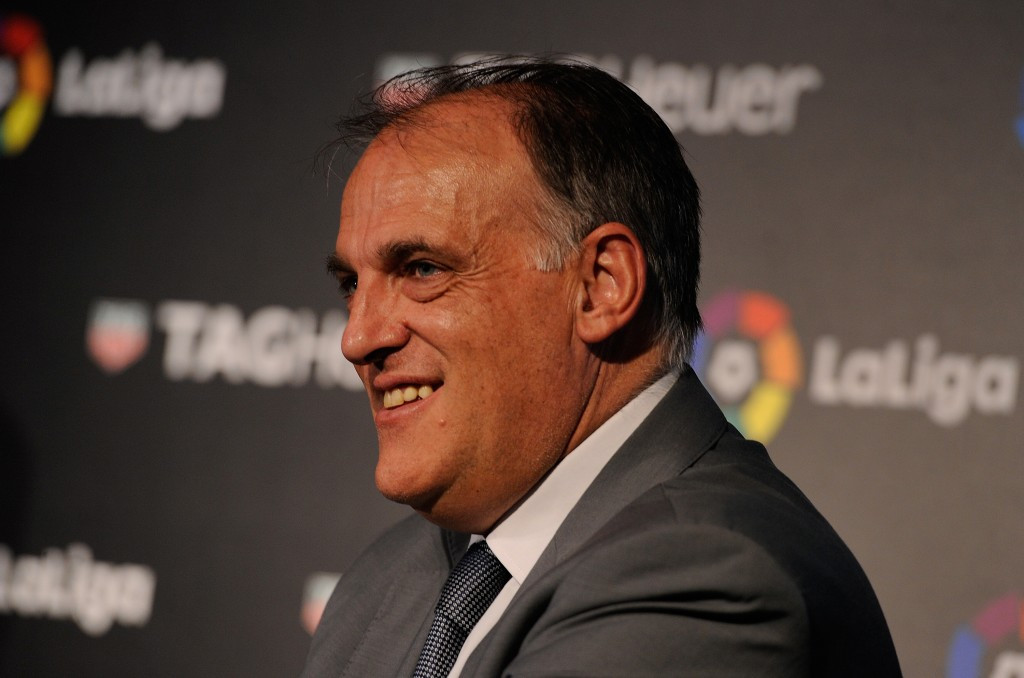 Doping does not exist in Spanish football and it is not a "big concern" for La Liga, President Javier Tebas claimed despite last month's revelations of a lack of sanctioned drug testing within the league.

Tebas told insidethegames here at SPORTELAmerica that La Liga, considered one of the leading sports leagues in the world, had "other problems and doping is not one of them".

The 54-year-old, who has been the league's President since 2013, insisted their anti-doping procedures would improve and the issues would be rectified after the Spanish Agency for Health Protection in Sport (AEPSAD) regained compliance with the World Anti-Doping Agency (WADA) earlier this month.

In February, news emerged that there had not been any sanctioned anti-doping tests conducted on players in Spain's top flight since the AEPSAD was declared non-compliant by WADA in March 2016.

AEPSAD claimed there had been 57 tests conducted this season from 457 matches in the top two divisions.

But the issue sparked widespread concern on the anti-doping methods in La Liga, which attracts some of the world's best players, including Real Madrid forward Cristiano Ronaldo and FC Barcelona star Lionel Messi.

Fears have been allayed since after the AEPSAD regained compliance as a result of the Spanish Council of Ministers adopted a "Royal Decree-Law", the content of which is in line with the Code.

This has allowed elements of the Code to incorporated into Spanish legislation.

However, in accordance with relevant Government procedures brought to the attention of WADA by the AEPSAD, the "decree-law" still has to be formally ratified by the Spanish Parliament within one month from the date of its adoption.

If it is not, the AEPSAD will automatically revert to being non-compliant.

"There was no agreement between the Spanish Government and the Anti-Doping Agency," Tebas said here.

"So there was nothing much that La Liga could do.

"Of course, there is no doping in football.

"Now they have reached the agreement, things will improve and will move forward.

"In the last few years, when there was testing going on, there were only three cases.

"In 10,000 or so matches, there were only three players who tested positive.

"So it is not a big concern for us in Spanish football, we’ve got other problems but doping isn’t one of them.

"We’ve had some financial problems affecting some of the clubs and we have had some issues with match-fixing but not doping."

"Therefore, no agreement was signed and no IF would assume the responsibility for anti-doping tests in Spanish football,” an AEPSAD statement on the issue said.