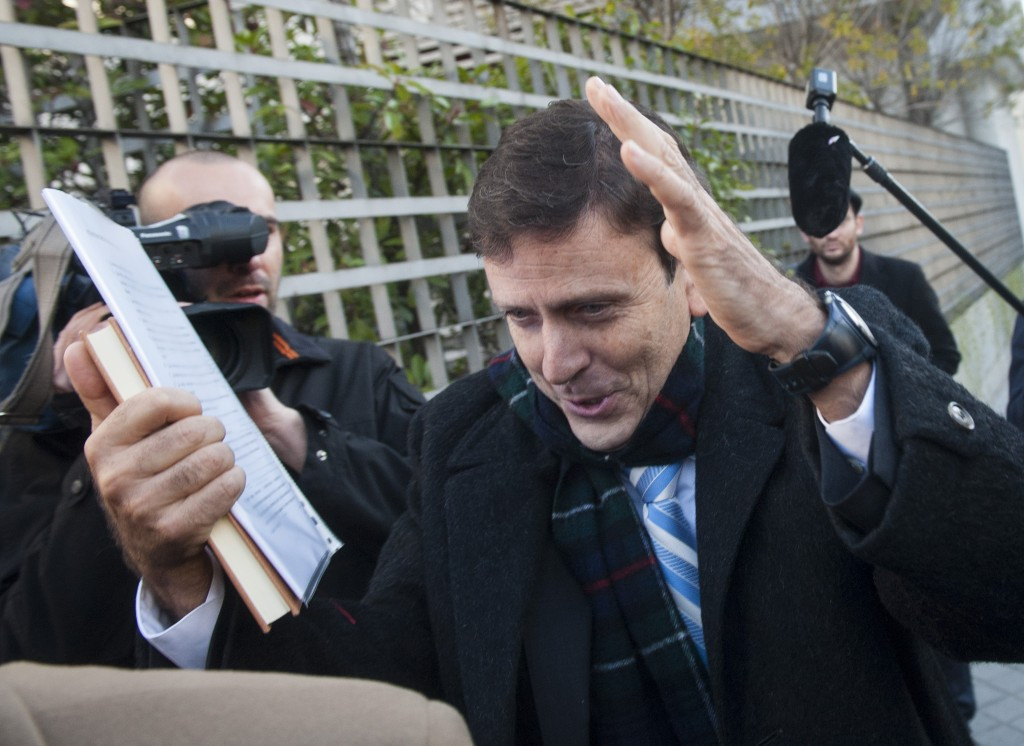 The Provincial Court of Madrid has ruled in favour of transferring the contents of the bags of blood, plasma and red blood cells in the Operation Puerto case to anti-doping authorities.

In a landmark decision in a case which has been dragging-on for over 10-years, the Court overturned an initial verdict that the evidence from the criminal trial of Eufemiano Fuentes should be destroyed and handed over to authorities.

Over 200 frozen bags of blood and plasma were seized from Fuentes' clinic in the Spanish capital after a police raid in 2006, with the doctor found to have provided blood doping to several of the world's leading cyclists.

Doping was not considered an offence in Spain at the time, with Fuentes having initially been given a one-year suspended sentence on public health grounds.

The verdict will come as a surprise to many due to the lack of progress in the case, with the Court, unlike the initial outcome, putting doping at the centre of their decision.

A key part of the decision focuses on the notion that the right to privacy and not having the blood analysed had been compromised by the athletes concerned due to the blood not having been “within the body of the person”, while the case was also due to a "chance finding".

"Attention to the aim pursued is to fight against doping, which undermines the essential ethical value of sport, which is fair play to prevent competition on equal terms,” a statement from the Court read.

It was also stated that if the judgement had not been reached, it would have created “the danger that other athletes may be tempted to take drugs and a negative social message is issued to the effect that the end justifies any means."

The Court's ruling cannot be appealed.

Due to the 10th anniversary of the start of the case passing three weeks ago, the statute of limitations are now likely to be the biggest problem facing anti-doping authorities.

Although the statute of limitations ran out at the beginning of this month, insidethegames understands that lawyers believe that there could be a prededent under the principle of force majeure, which may allow cases to go ahead.

In February, Enrique Gómez Bastida, director of the Spanish Anti-Doping Agency (AEPSAD), claimed it would be difficult to obtain DNA from those involved, in addition to the issues of the time elapsed since the beginning of the case.

During the initial trial, Fuentes had indicated that he would be prepared to name the athletes in the case.

“WADA acknowledges the Madrid Court of Appeal for having reached the decision to provide anti-doping authorities with this crucial evidence,” said David Howman, WADA director general, following the verdict.

“We are dismayed that it took so long to receive the decision but we will now partner with the other parties that have been granted access [to the blood bags], to determine our legal options vis-à-vis analysing the blood and plasma bags.”

UCI President Brian Cookson echoed WADA by stating: The UCI applauds this decision, although it is regrettable that we had to wait this long, in the end the message sent is clear.”

Only a small number of cyclists involved have been outed, including Tour de France winner Jan Ullrich of Germany, Spanish Alejandro Valverde and Italy's Ivan Basso.

Top players from tennis, football and other high profile sports also been alleged to have been a part of the doping ring.

The Court also ruled that Eufemiano Fuentes and Jose Ignacio Labarta, who had been a sport director at the Comunidad Valenciana team at the time of the initial case, have both been acquitted of public health charges.

They ruled that “the conduct of Eufemiano Fuentes and Jose Ignacio Labarta Barrera does not fit the crime for which they were charged and convicted in the first instance.”

Last week, Spanish athletics star Jesús España had launched a petition to request the transfer of the blood bags, stating that it was “necessary that the Spanish society and the Spanish athletes know the truth and to preserve the integrity of Spanish sport."