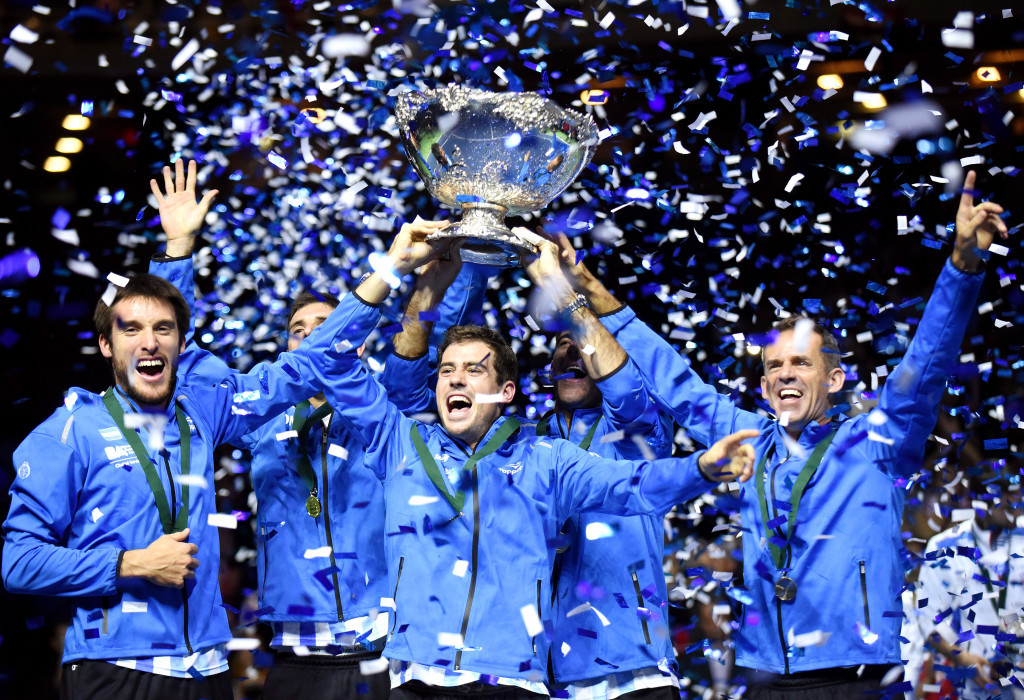 Davis Cup ties look likely to be played over three sets rather than five in the future following a review of current match formats by the International Tennis Federation (ITF) Board of Directors.

The move is part of a "package of comprehensive reforms" for both the Davis Cup and Fed Cup, approved by the Board at a meeting in Indian Wells.

Both events - the Davis Cup for men and the Fed Cup for women - are among the most prestigious on the tennis calendar but making changes is a key goal for ITF President David Haggerty, who was elected to replace Italy's Francesco Ricci Bitti in September 2015.

In a statement, the ITF said further discussions on the implementation of best-of-three-sets matches across either two or three days are continuing with all stakeholders.

The recommendations will be put to the ITF’s Annual General Meeting in Vietnam, due to take to place between August 1 and 4, with all changes requiring a formal vote of approval.

In September of last year, the ITF announced plans to launch an open bid process to find host cities for Davis Cup and Fed Cup finals.

The ITF is attempting to devise a format which will encourage more top players to commit to the competitions.

Serbia’s Novak Djokovic was the only participating player from the world’s top 10 to feature in last month's Davis Cup World Group first-round ties.

The 14-time Grand Slam winner Rafael Nadal, the current world number six, has echoed his call for changes to the Davis Cup format.

The Spaniard has suggested it should be lengthened, with a winner crowned every three years.

"The ITF need to make changes, I said a lot of years ago," the Spaniard was reported as saying by the Australian Associated Press

"And still now there is a new President and new staff that they are trying to make new things, and that's always good.

"We cannot have a Davis Cup champion every year that devaluates the competition.

"If the top players are not playing very often, then you are making something not good - you need to change.

"But the ITF always thinks on the small picture."

The defence of their crown came to an early end last month as the South Americans were beaten by the same scoreline against Italy in the first round of the 2017 competition.