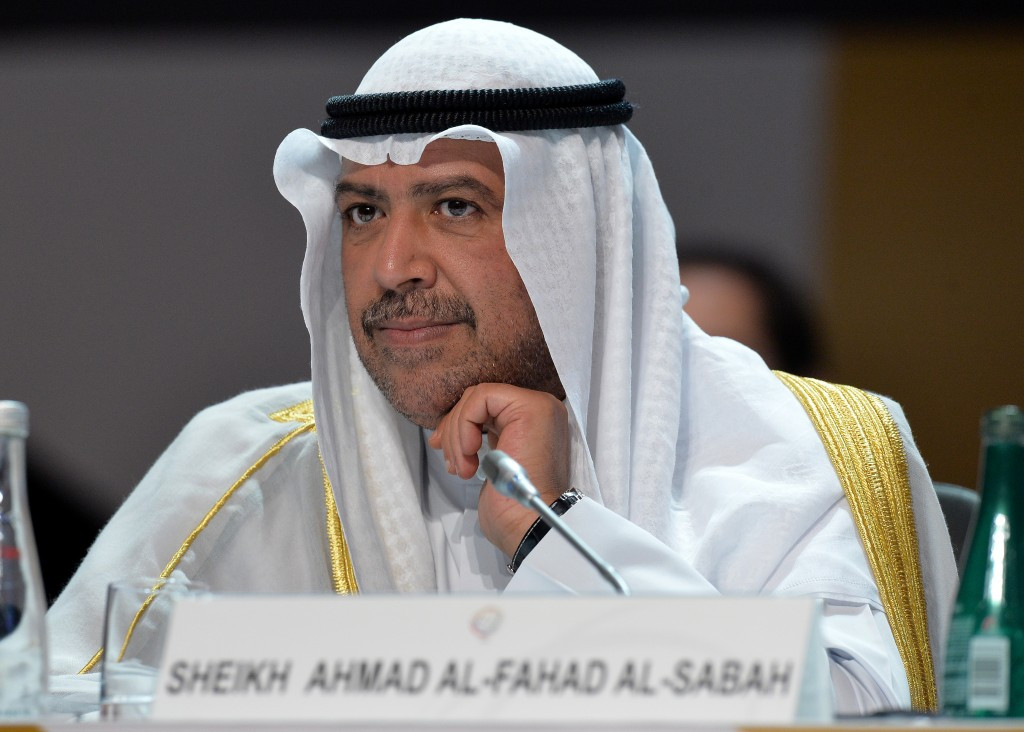 Sheikh Ahmad Al-Fahad Al-Sabah has remained tight-lipped on his support for potential plans to award the 2024 and 2028 Olympic and Paralympic Games at the same time in September.

The International Olympic Committee (IOC) member has, however, indicated support in principal for the idea of awarding two events at the same time if the circumstances allow it.

Rumours have grown over recent months that IOC President Thomas Bach is in favour of such a plan in order to avoid disappointing either Los Angeles or Paris.

The American and French cities are the two front runners in the 2024 race.

Balázs Furjes, bid chairman of the third candidate Budapest, yesterday admitted that they are close to conceding defeat, opening the door for Bach to award the 2024 Olympics to Paris and 2028 to Los Angeles at the IOC Session due to take place in Lima on September 13.

This has prompted criticism from other IOC members, however, with three of the organisation's four vice-presidents among those to indicate to insidethegames their concern or opposition.

Sheikh Ahmad, also President of both the Olympic Council of Asia (OCA) and the Association of National Olympic Committees (ANOC), is among the most influential IOC members.

He was viewed as a key supporter in Bach's successful campaign to be elected IOC President in 2013.

Any public opposition would, therefore, be interpreted as a major blow for Bach's plans.

It seems more likely that the Kuwaiti, also a FIFA Executive Committee member, is keen to see how the debate plays out over the next few weeks before committing to either side.

"The IOC Executive Board have to decide and until they put it on the table we won't comment," he said during the Asian Winter Games here.

"At FIFA we also practiced to have two World Championships: Russia in 2018 and Qatar in 2022.

"My position on FIFA and OCA, I accept it.

"For IOC, we are waiting to hear the information.

"We have to respect our Ethics Code.

"For this I cannot therefore mention my opinion, but at FIFA and OCA we already practice this."

FIFA's 2010 decision to award both Russia and Qatar their showpiece events provoked criticism for the supposedly undemocratic nature of the process.

Hangzhou in China was named host of the 2022 Asian Games in 2015, while Aichi and Nagoya in Japan were awarded the 2026 event last year.

This process was slightly different to the IOC's dilemma as the two bids were never publicly competing against each other, but they were engineered to host separate events in a similar way.

Sheikh Ahmad said in 2015 that the "Asian tradition" is to favour one pre-meditated choice over a convoluted election-process.

It may prove harder to justify this elsewhere, though, with IOC members claiming it would be non-transparent and unfair on other cities considering bidding for 2028.

It could also be a risk to award a Games 11 years beforehand.

Of the three IOC vice-presidents to respond, Australia's John Coates told insidethegames he "hasn't worked out how it would be done".

Turkey's Uğur Erdener said that, in his opinion, "it is not feasible at this time" while China's Yu Zaiqing claimed it "would need to be discussed at an IOC Session" because the Olympic Charter would require changing.

Should the 2024 and 2028 Olympics be awarded together? Have your say in our poll.